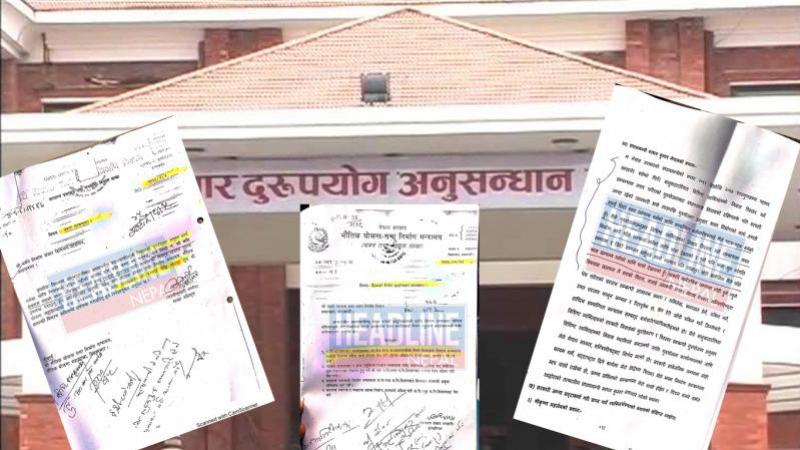 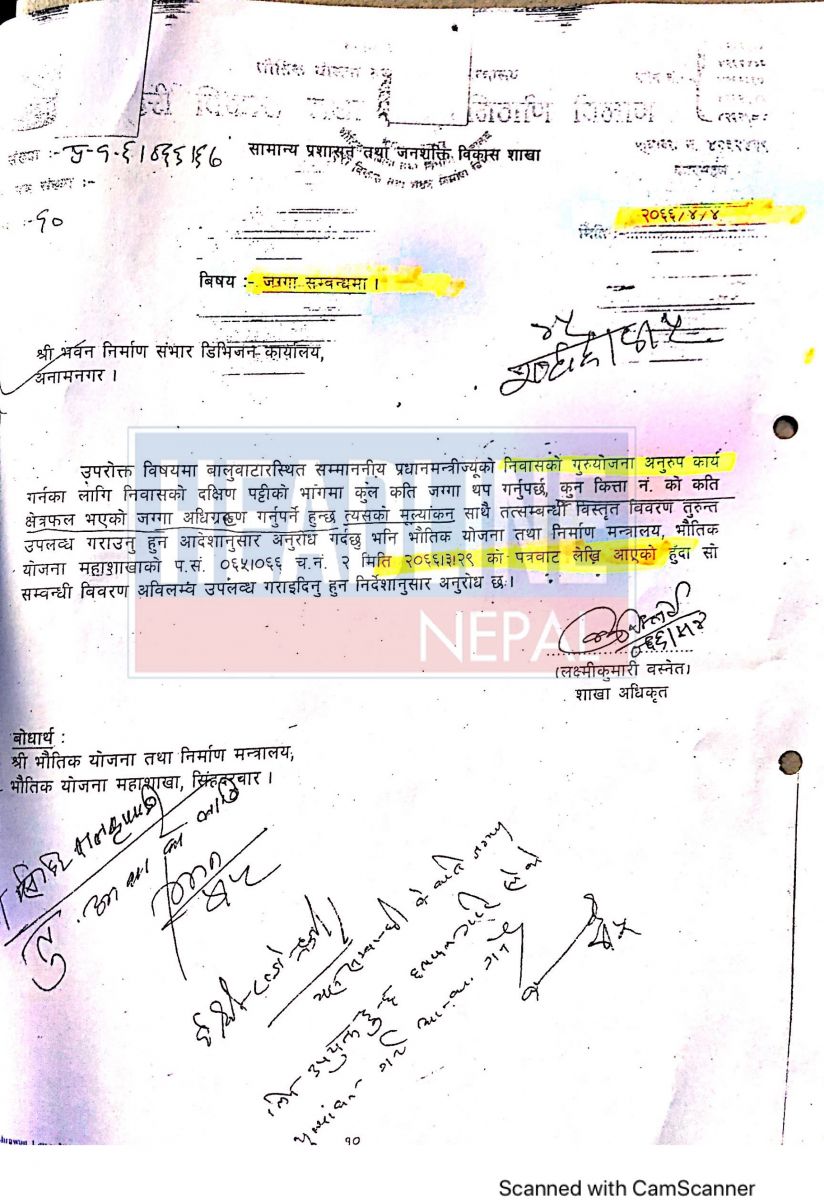 The master plan of Lalitaniwas has been prepared in the fiscal year 2065/66. This fact can be seen from the letter issued by the Ministry of Physical Planning and Works on April 6, 2008 when the proposal was submitted to the Council of Ministers. Similarly, the letters from the ministry dated 29th Ashad 2066 and 4 Shravan 2066 have also revealed the fact. In the letter, it has been written that the building construction and maintenance division office should evaluate the amount of land to be added as per the master plan and the number of plots to be acquired. Similarly, the letter dated August 29, 2008 mentions the progress of the presentation made at the Prime Minister's residence. After the presentation, a meeting held at the Ministry of Physical Planning and Works has asked the Building Construction and Maintenance Division Office under Urban Development and Building Construction to submit an action plan with details of the Prime Minister's residence expansion within 21 days and include the cost. 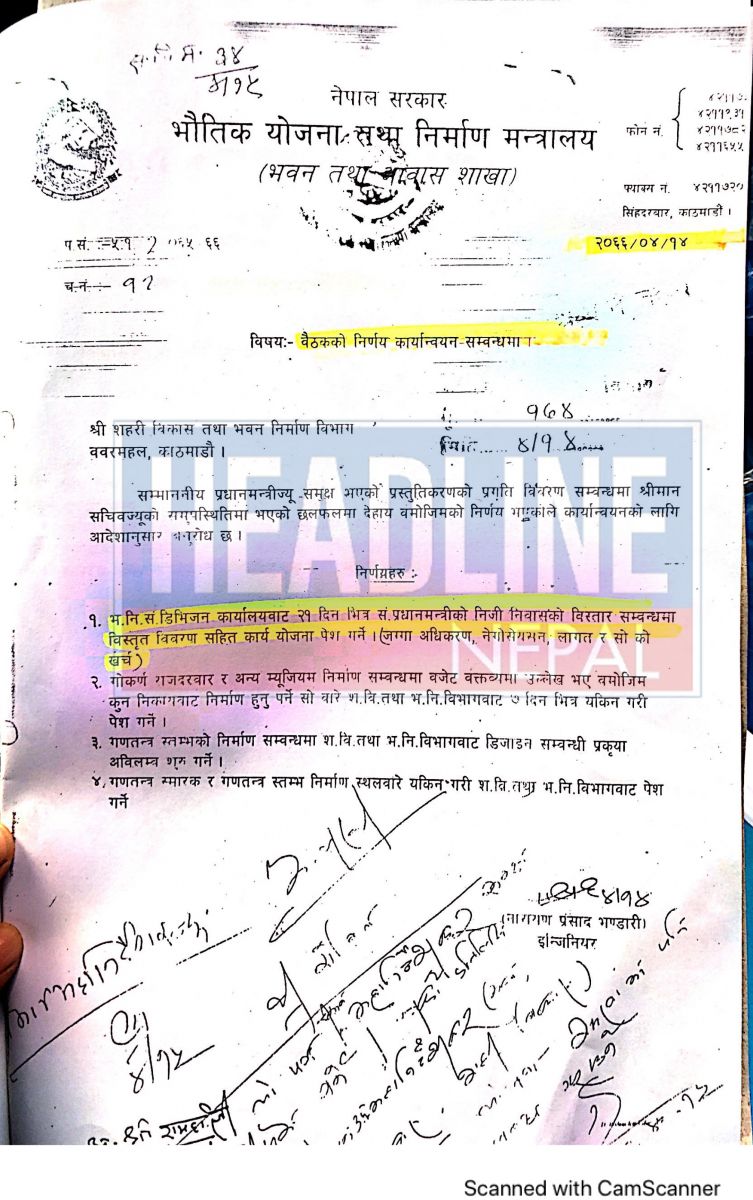 Ministers, Chief Secretaries, Secretaries and Heads of Departments of the Ministries, including the Prime Minister, were present at the PM's residence in Baluwatar twice in January 2008 to discuss on the basis of these letters. From the discussion, the then Prime Minister Madhav Kumar Nepal seems to have given instructions to move the work forward. During the discussion, the two ministries concerned discussed the work to be done by the Land Reforms and Physical Planning. Instructions are found.

After that, according to the master plan, a proposal with 7 points was prepared in the Prime Minister's residence and submitted to the Council of Ministers by the Ministry on April 3, 2008 and was approved on April 8. All the details mentioned in the approved master plan seem to be provided by the Ministry of Land Reforms. The Office of the Prime Minister and the Office of the Council of Ministers have been instructed to do the work to be done by the Ministry of Land Reforms.

However, the fact that the authorities have targeted only the Ministry of Physical Resources by pointing out all the activities has been pointed out. Even though the statement of about 100 people was taken from the special court, it is seen that only former secretary Deep Basnyat was kept in jail on bail and on a common date. Because the work of expanding the Prime Minister's residence had already started a year before he was transferred to the Ministry of Physical Resources. Former secretary Deep Basnyat appeared in the ministry only on August 10, 2008. It is seen that the transfer took place on Shravan 19.

He seems to have given continuity to the work that was started one year ago only after he appeared in the ministry. In the same case and in the same nature, the report of the authority intending to release some on ordinary date, some on bail and some on out of jurisdiction seems to have ended in a single person.

Therefore, it seems necessary to do detailed research on this subject. It is necessary to bring the culprits under the ambit of action and end the person-centered 'state terror'.