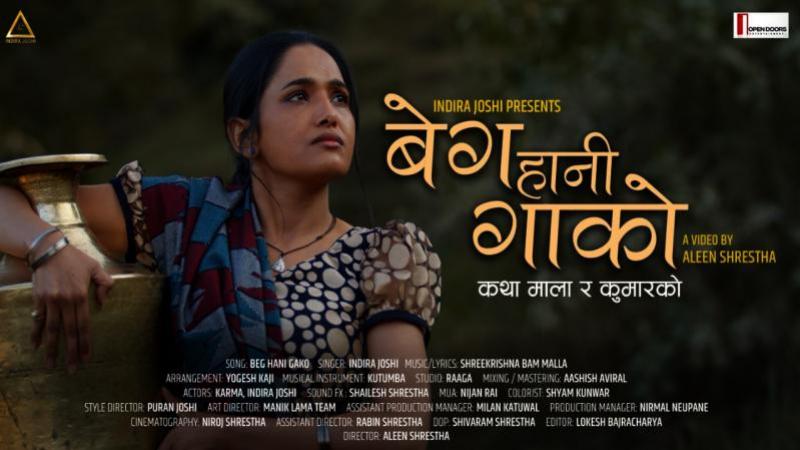 On Sunday, singer Joshi made it public through her own YouTube channel. The song has Joshi's voice and lyrics and music by Shrikrishna Bum Malla. The video of the song has been produced by Joshi himself. The video also stars Indira and Karma.

The video based on an interracial love story shows the village environment. The video of the song shows the love story of Mala and Kumar. Indira has given priority to the story in the recent times when the trend of showing less story in video has been increasing. The video explains the fact that human beings cannot be independent beings.

Indira, who was once established as a glamorous singer, has presented herself as a village girl and Karma has also brought the character to life. The video of the song also stars Kavita Ale, Binod Bhattarai and Mishri Thapa. The video has been shot by Shivaram Shrestha, edited by Lokesh Bajracharya and directed by Elin Shrestha.