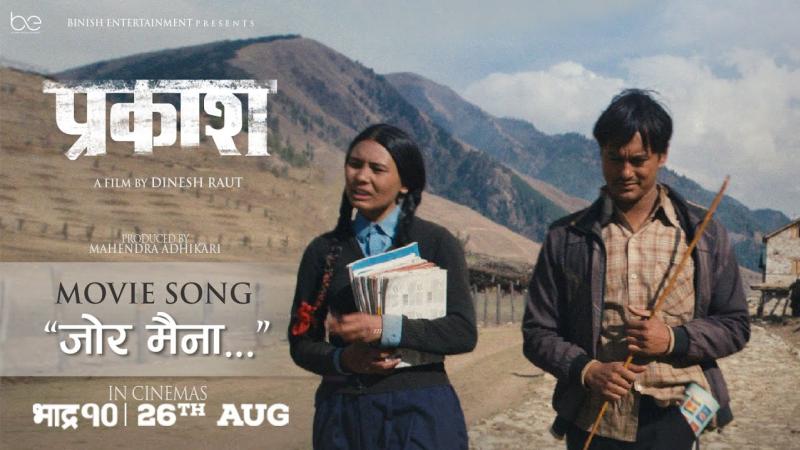 Jun 30, Kathmandu: The second song of the film 'Prakash' has been released. The song 'Jor Maina' released by the film unit as the second song has Deepak Sharma's lyrics and Dhrub Bisco's voice. The song of the film, which was shot in the setting of Jumla, presents the love between the two main characters and the obstacle in love. Pradip Khadka and Renu Yogi are seen fit in the twin characters.

Through dialogue in the middle of the song, it is tried to explain that even the family of the young lady is against their love due to class discrimination. Directed by Dinesh Raut, the film stars Pradip Khadka, Dia Maskey, Renu Yogi, Prakash Ghimire, Niraj Panthi, Govind Sunuwar, Rambabu Regmi, Lokendra Lekhak, and Dipendra Shahil among others.