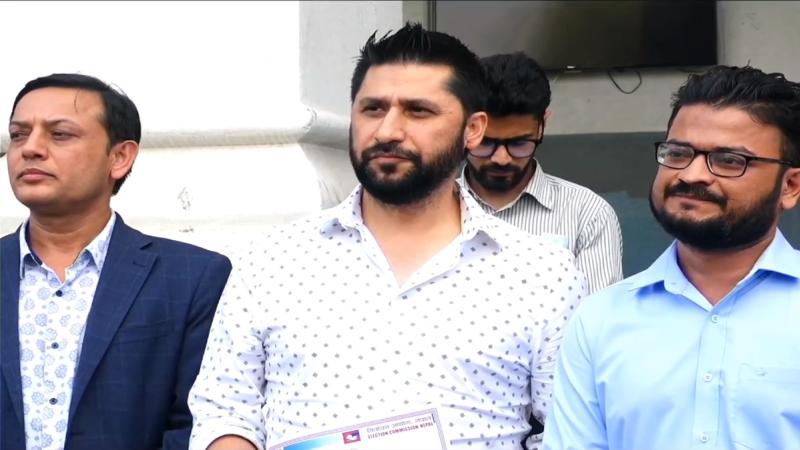 The commission on Friday handed over the party registration certificate to party president Lamichhane. According the party’s spokesperson Mukul Dhakal said at the Election Commission premises after the registration of the party.

Talking to journalists on the EC premises after the party’s registration, Lamichhane said that the party has been granted the election symbol 'bell inside a circle. The commission has rejected two complaints against the party's name.

The commission has ruled that there is no justification for the complaint as there is no provision in the act to name the party on the basis of any name.  There were two complaints against Lamichhane's party in the commission demanding that the word "independent" should not be used in the name of the party.

However, the Commission approved the name of Lamichhane’s party as it did not match the name of any other party registered with it,  as said by the EC. NIP has been given the election symbol 'bell inside a circle' as the party with a bell as its election symbol has already merged with another party.

Former TV presenter Lamichhane launched his new party on June 21. He had applied for registration at the EC a few days ago with Rastriya Swatantra Party as the party’s name and bell as the election symbol. He has already quit journalism and has said that he will contest the next general election from the Kathmandu district.