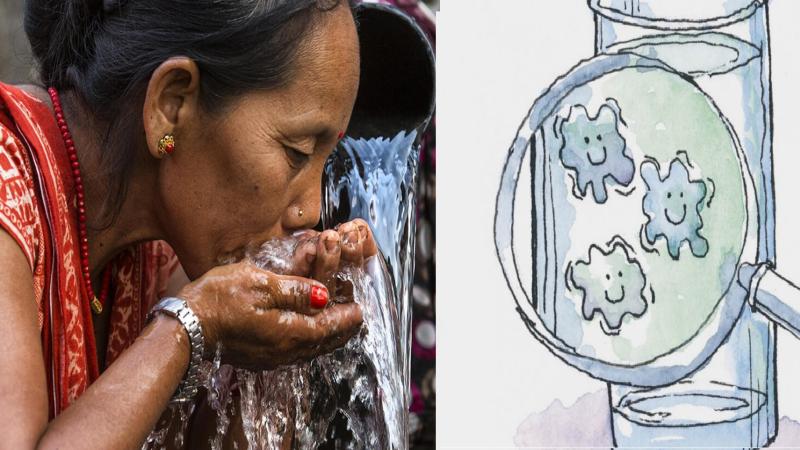 Jul 7, Kathmandu: In the hilly district of Lamjung, 76 percent of drinking water is contaminated with E. coli. Chief of the Health Office Amar Dawadi said that Ecoli was found in 91 out of 120 water samples tested at seven different places in the district.

Ecoli is a mixture of defecation in water. Tests have shown that water in most parts of the district has adverse effects on human health. He said that only a few people in the district are using pure water when Ecoli is found in such a percentage.

Among eight local levels in the district, Dudhpokhari village municipality has not been tested. According to the health office, out of the 39 samples tested in Sunderbazar municipality, 27 or 69 percent have been found. In Bensishahar municipality, 29 samples were tested and 22 or 76 percent of the water was found to contain E. coli.

Based on these statistics, the government has added a challenge to provide clean drinking water to the people in this district. Stakeholders said that the government was failing to provide clean water even though the one-house tap campaign was moving ahead rapidly. According to Dawadi, the health office has collected and tested drinking water samples before and after the onset of rains in coordination with the concerned consumer committee.

As there is a risk of infection during the rainy season, the office has urged us to take health precautions and purify the water and drink it. The health office has stressed drinking only boiled water from the district hospital including Ghalegaun Gharwas, Dhodeni Health Post, Felani Health Post, various drinking water projects, wells, and taps of the Consumer Committee.

According to the results of the integrated vector surveillance made public by the office, tests conducted in Rainas, Central Nepal, and Sunderbazar municipalities have shown that mosquitoes can spread various outbreaks in three municipalities. Out of them, outbreaks of dengue, elephantiasis, and kala-azar are likely to spread in Rainas and Sundarbazar and there is a high possibility of an outbreak of the beetle-borne disease in Central Nepal Municipality, according to the Health Office.