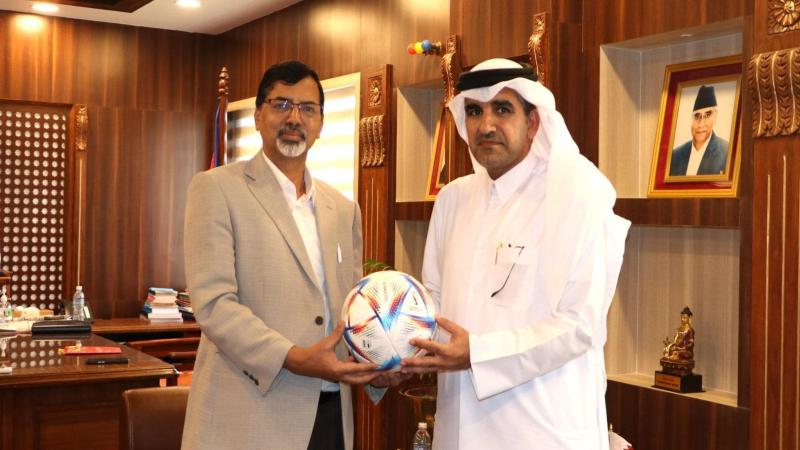 During the meeting, Qatari Ambassador Ahmed Al Hale extended an invitation for the 2022 FIFA World Cup to be held in Qatar, said Finance Minister Sharma. He also thanked the ambassador for inviting him to watch the World Cup.

The 2022 FIFA World Cup will be played from November 5 to December 3 in eight stadiums in five cities in Qatar. All the 32 teams participating in the competition have been decided.