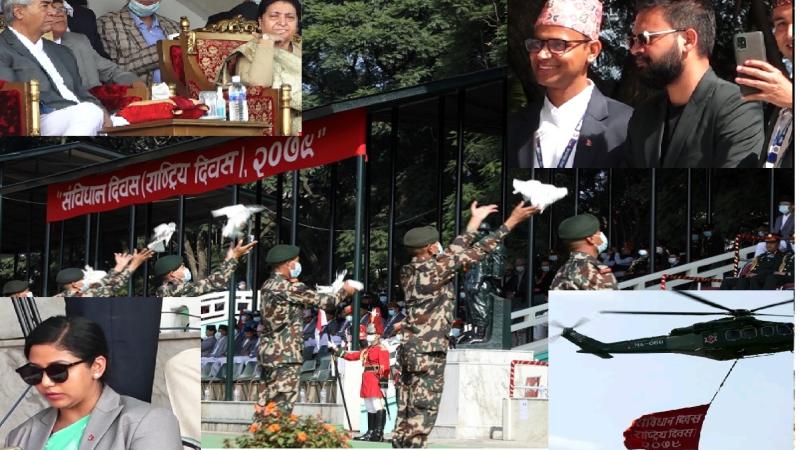 Sep 19, Kathamndu: Constitution Day is a public holiday in Nepal celebrated on September 19 every year. It commemorates the anniversary of the adoption of the 2015 Constitution of Nepal that officially consolidated the country’s transition from a constitutional monarchy to a federal republic. 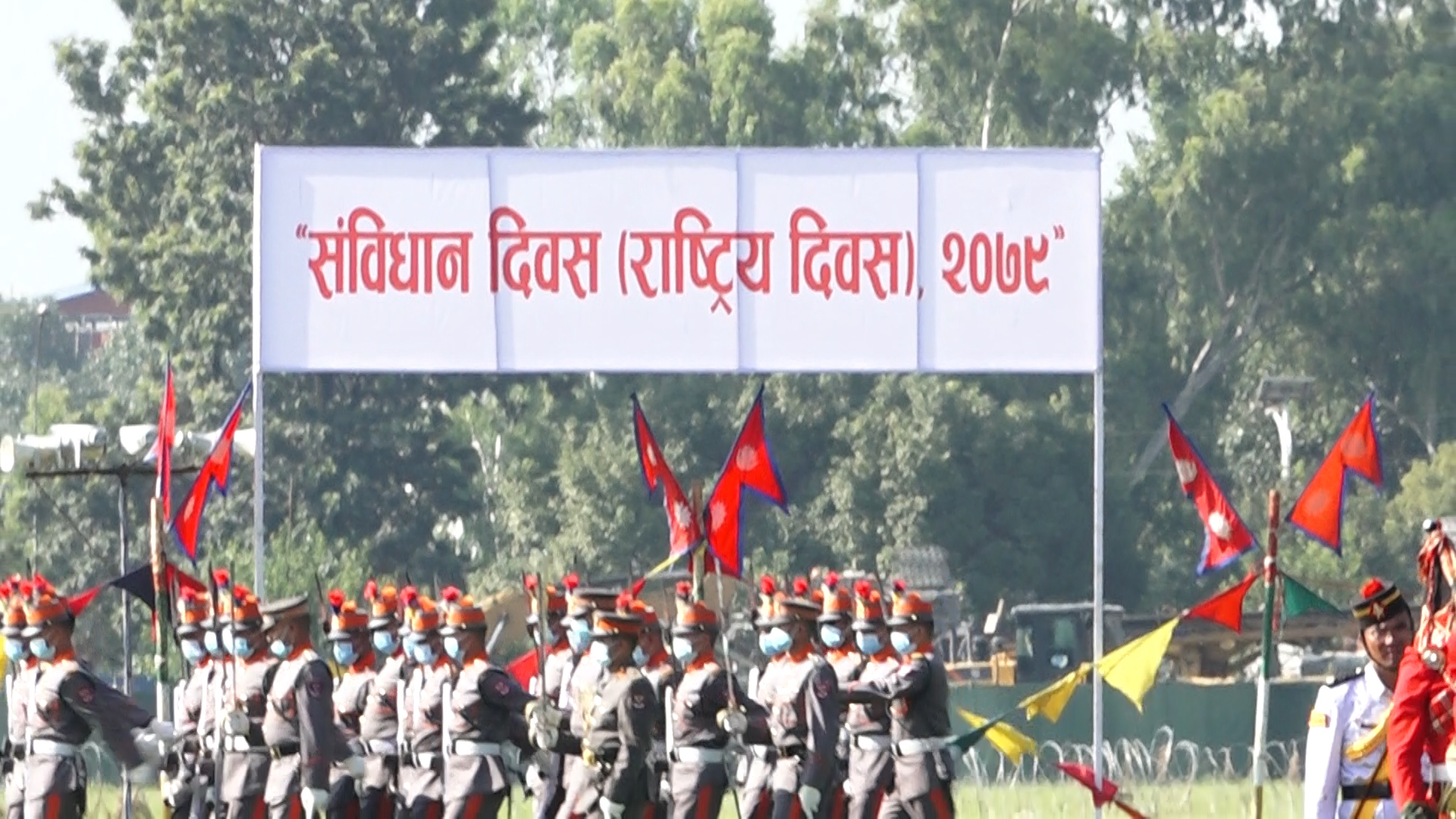 The first attempts at turning Nepal into a democracy came in 1948. Another constitution in 1951 also did little to change the status quotes. 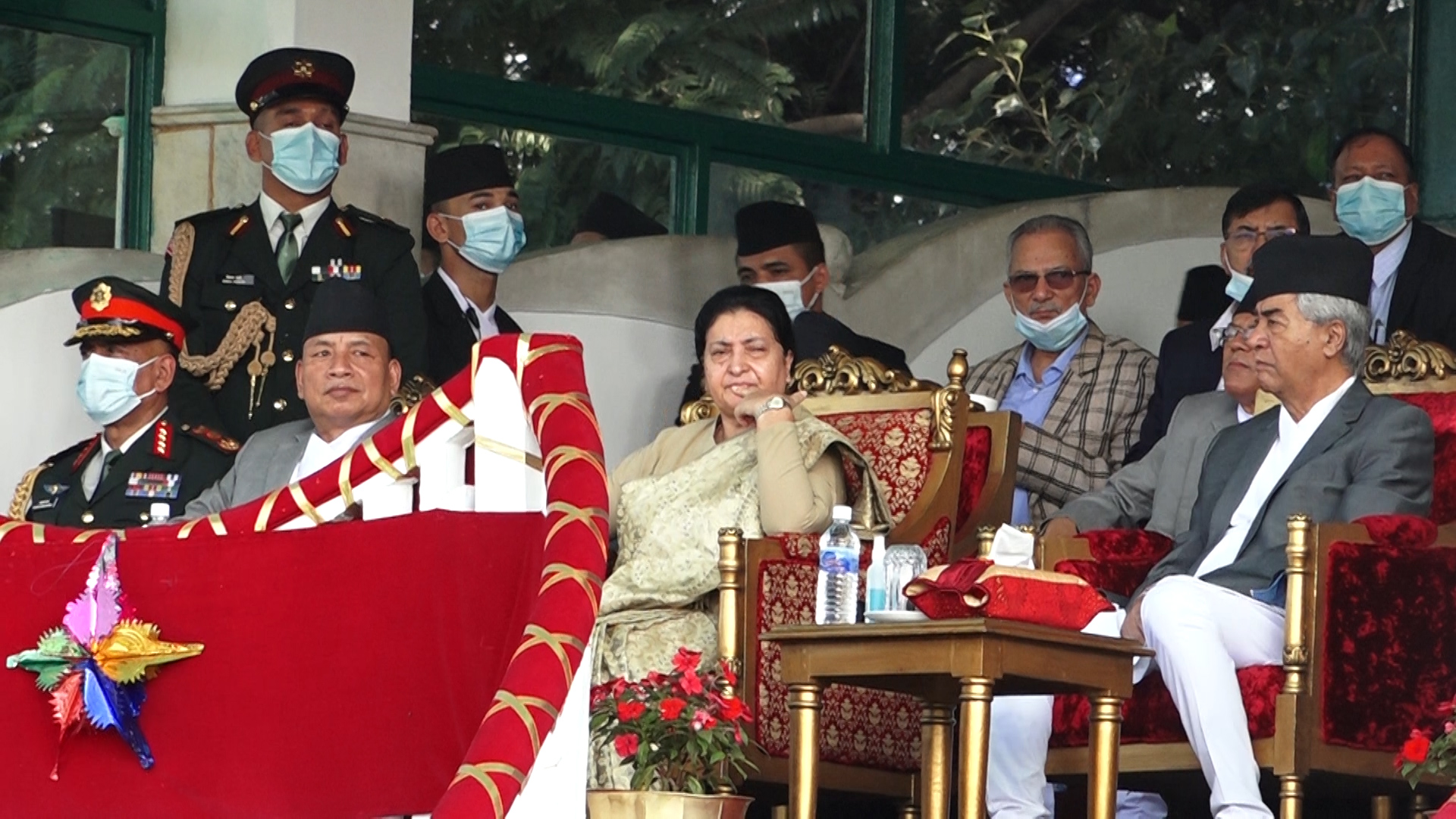 In 1962, a step backward occurred when the latest constitution banned all political parties and bolstered the power of the king.

Finally, with the 1990 constitution, things looked promising. A parliament and supreme court were established.

The 1990 changes came on the heels of a popular uprising, and a multi-party system was re-established, but the monarchy somehow managed to still hold onto its power.

Finally, an “interim” constitution was put in place in 2007 while a special assembly worked on crafting a permanent one. They were supposed to finish in 2010, but the deadline kept getting extended as disagreement continued.

When the people’s patience ran thin with the endless waiting, a new assembly was elected in 2013 to draft Nepal’s next constitution. 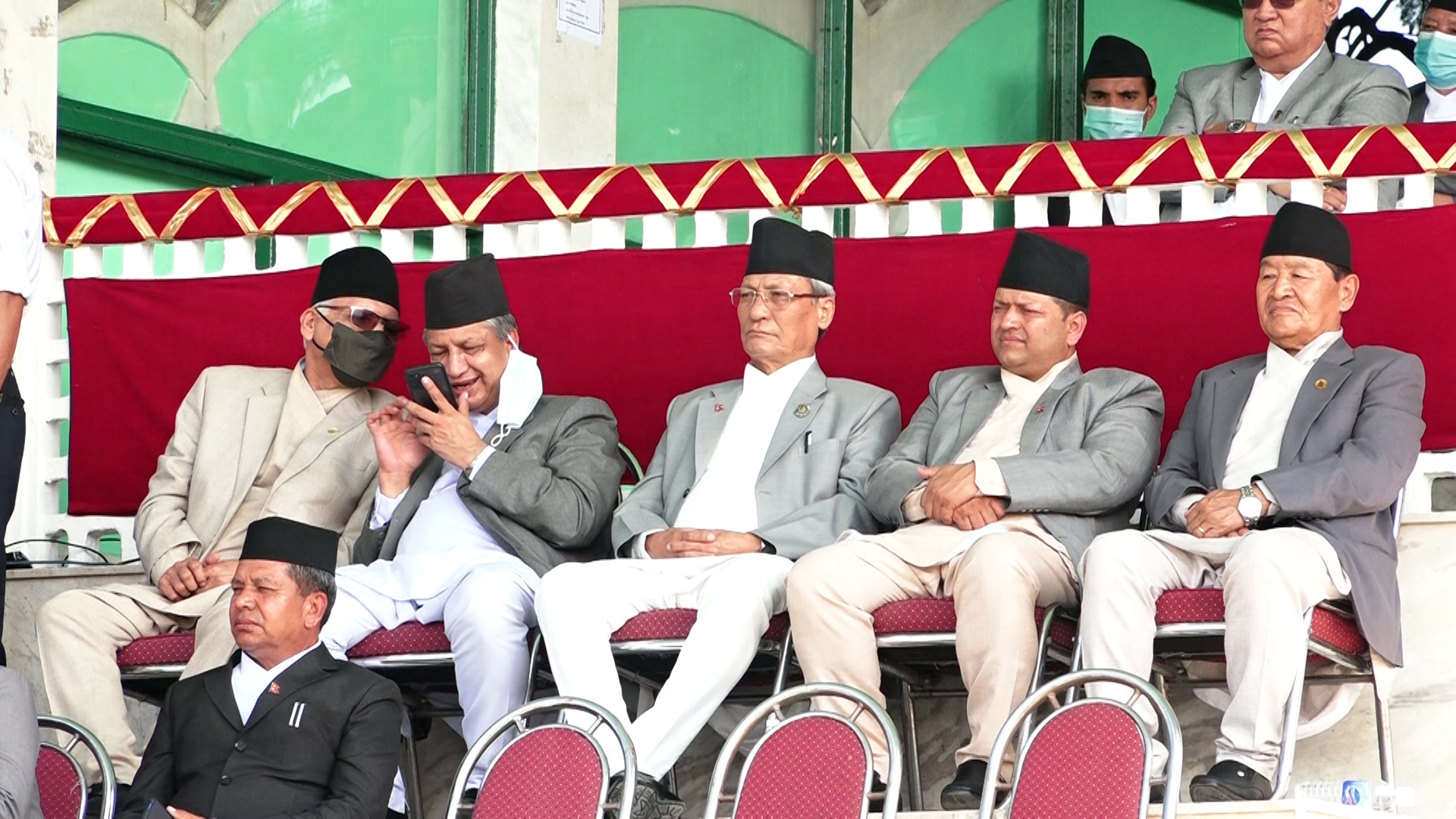 This second assembly promised to finish by January 22nd of 2015, and while they were a little late, they did finally finish on September 19 of that same year. 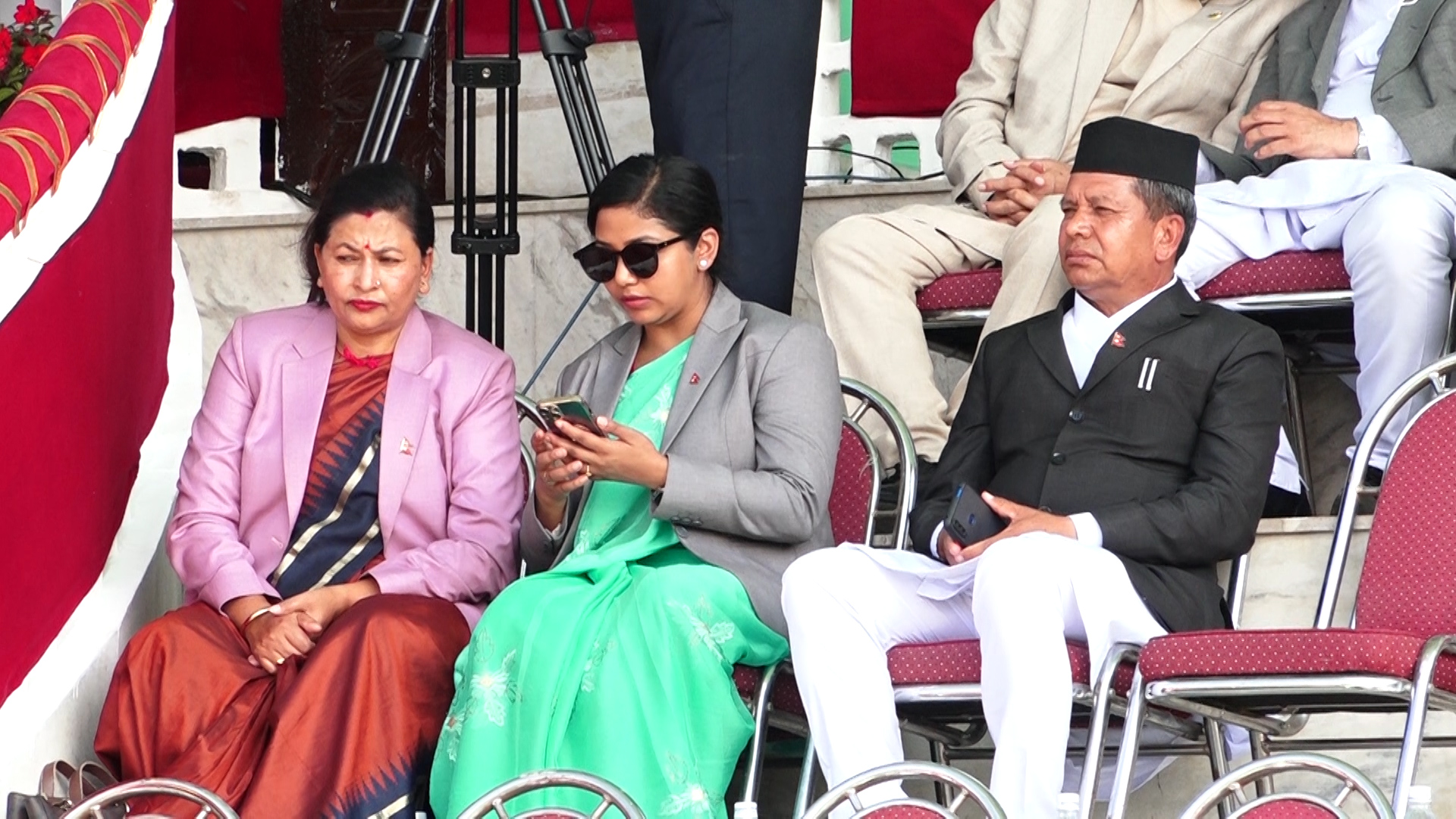 However, Protests soon erupted over elements of the new constitution. One issue was the creation of new states to share power under the new federal system. 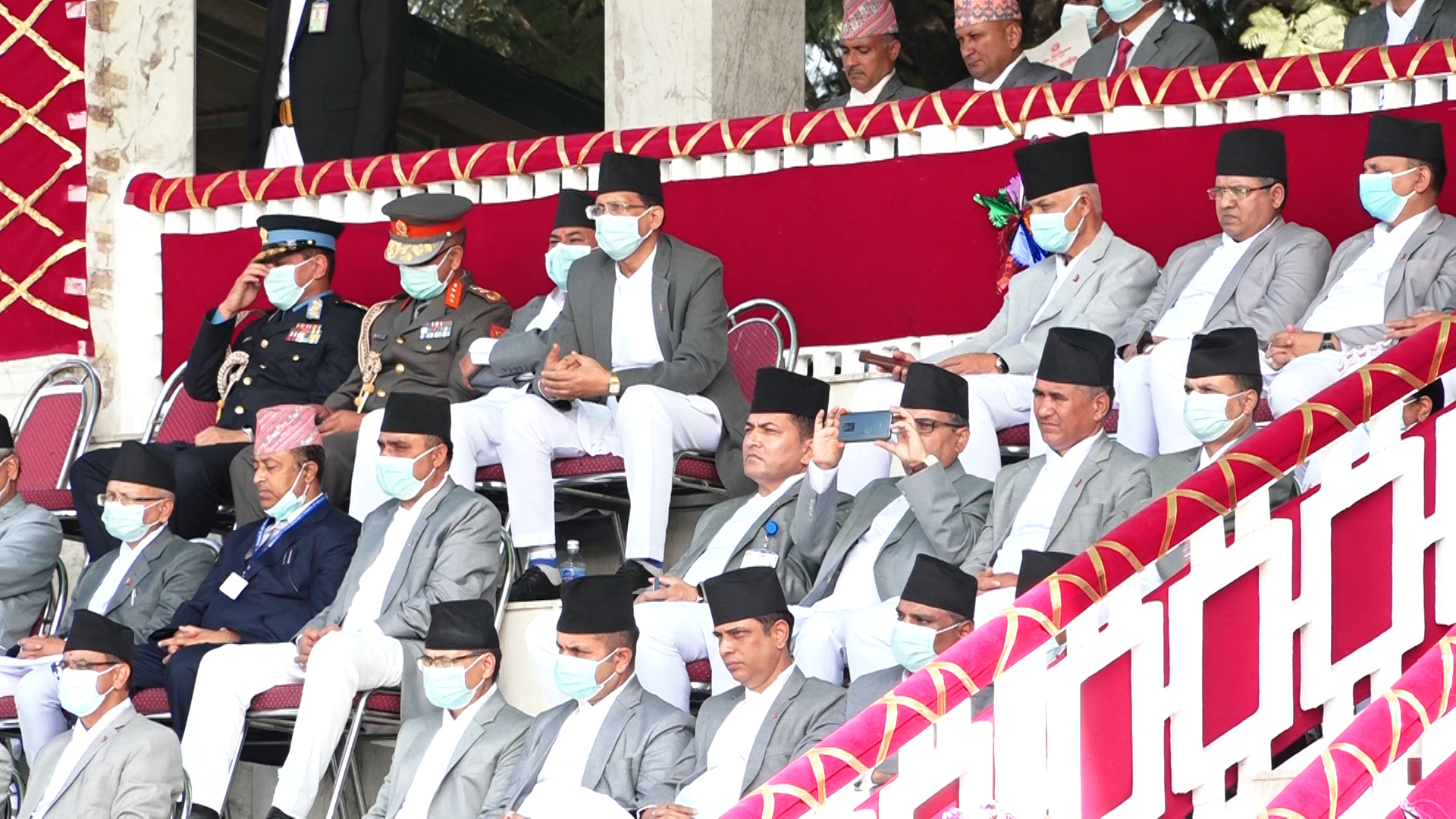 There were also disputes over certain Nepali citizenship laws which were claimed to be discriminatory despite some imperfections. 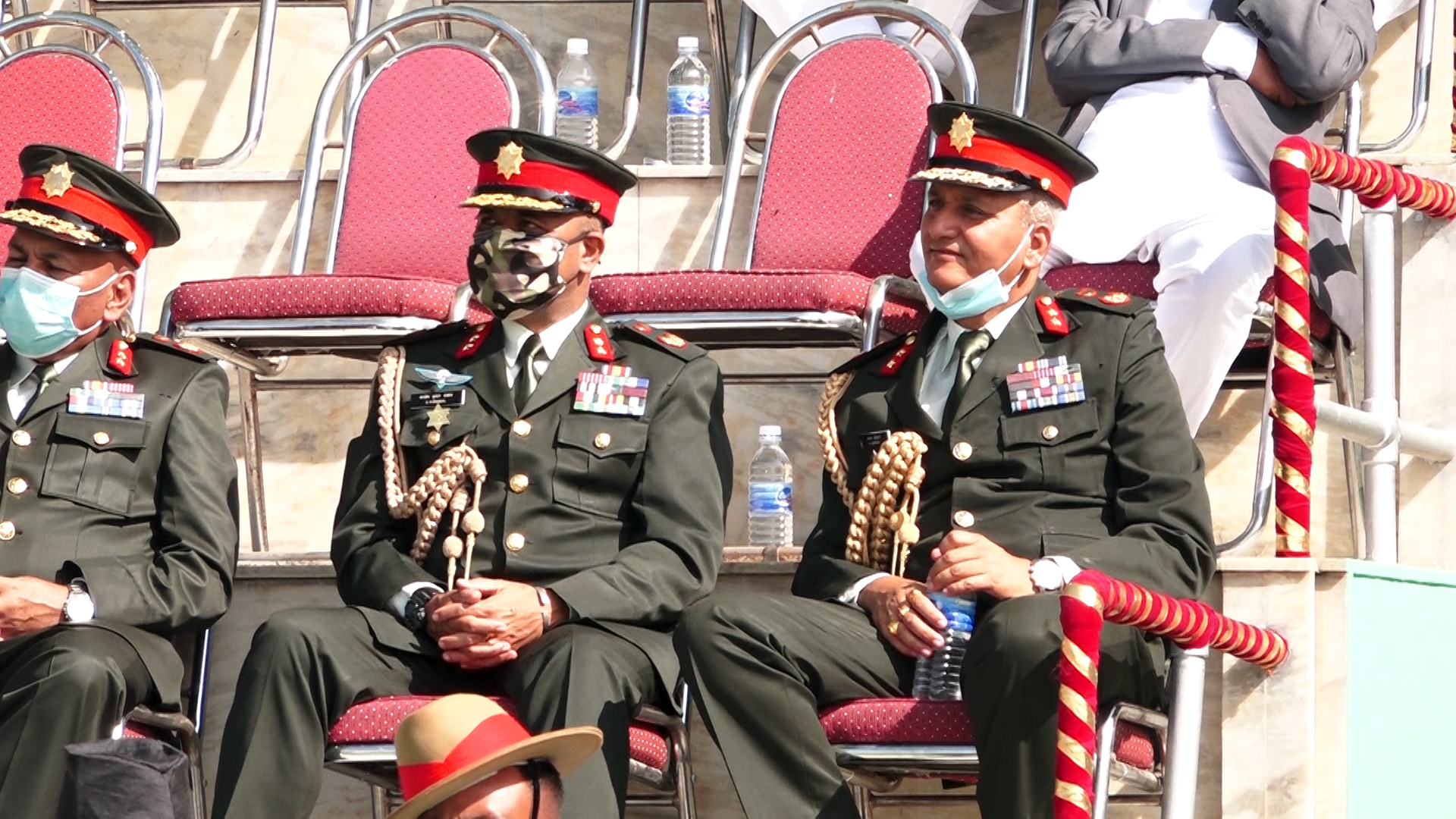 However, this is easily the best constitution Nepal has ever had. The army is now under the control of the electorate, a president instead of a king will hold the main executive power, and the new government is “secular” in the sense that there is freedom of religion instead of Hinduism being the state-supported religion. 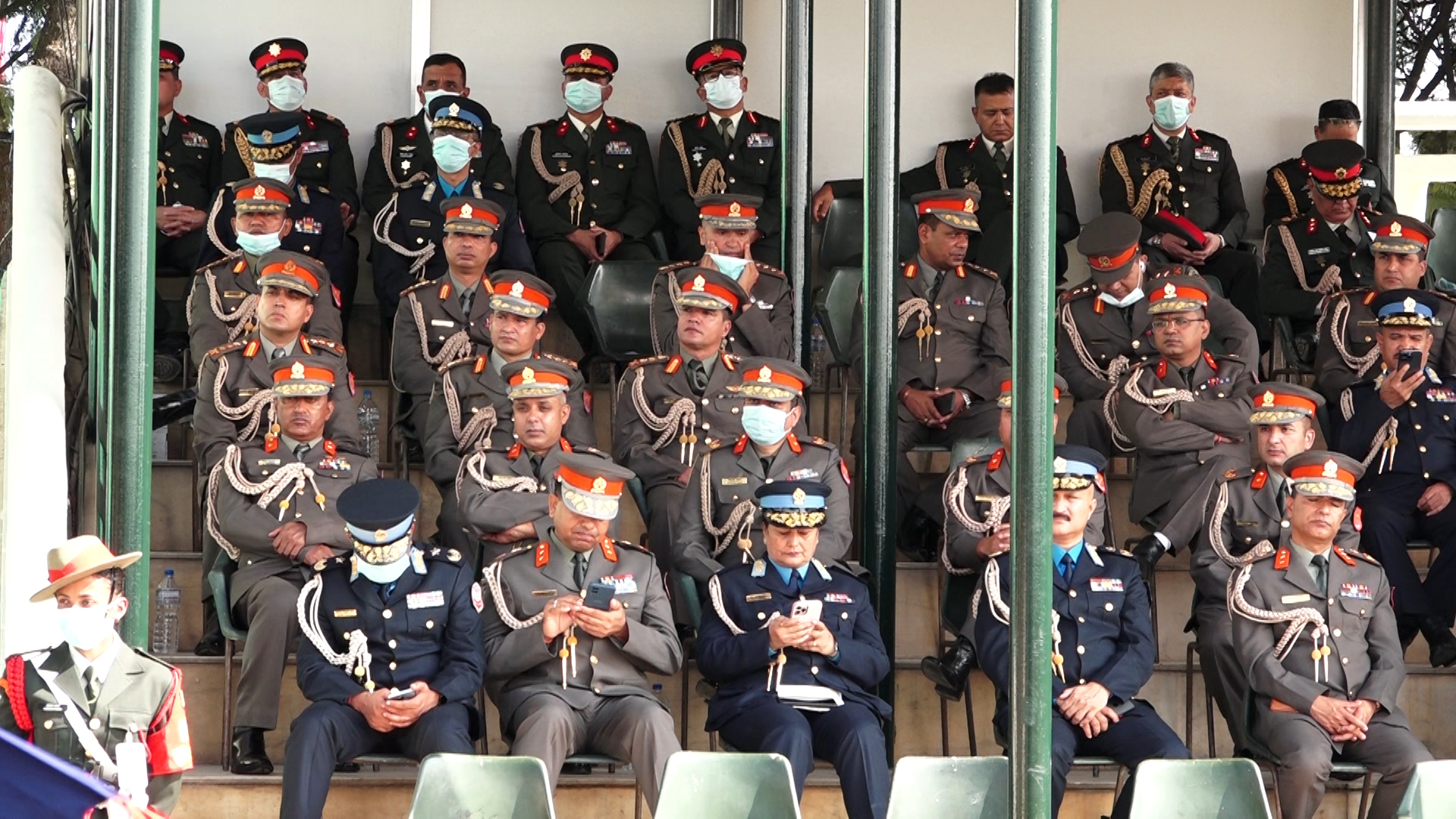 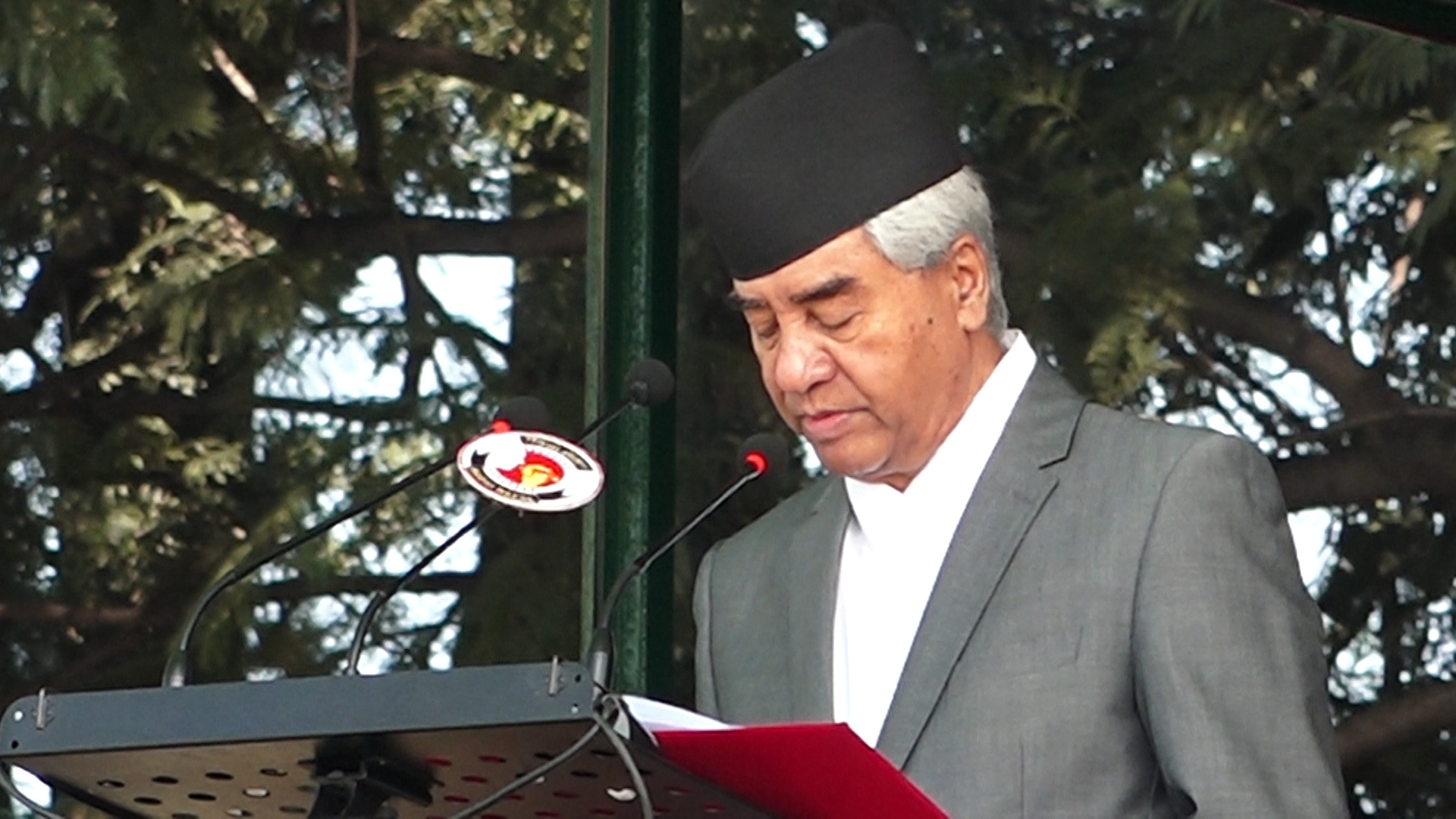 There were expected events to include political meetings with patriotic speeches, a display of the Nepali flag, buildings lit up in the same manner as for the Deepawali Festival, and large public gatherings with traditional song and dance, artistic performances, and other cultural displays. 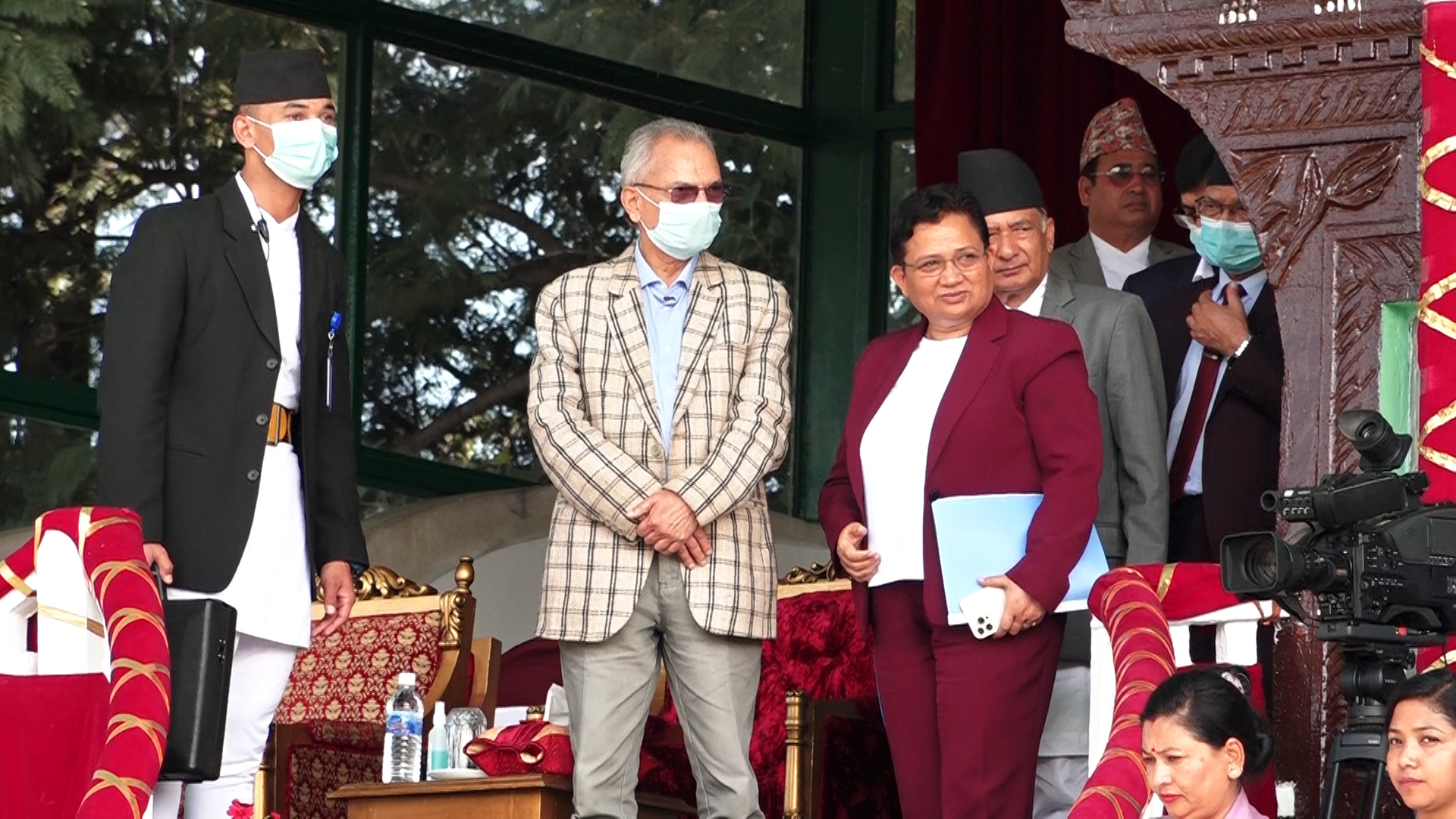 Similarly, on Monday, the government marked Constitution Day with pomp and ceremony at Tundikhel. 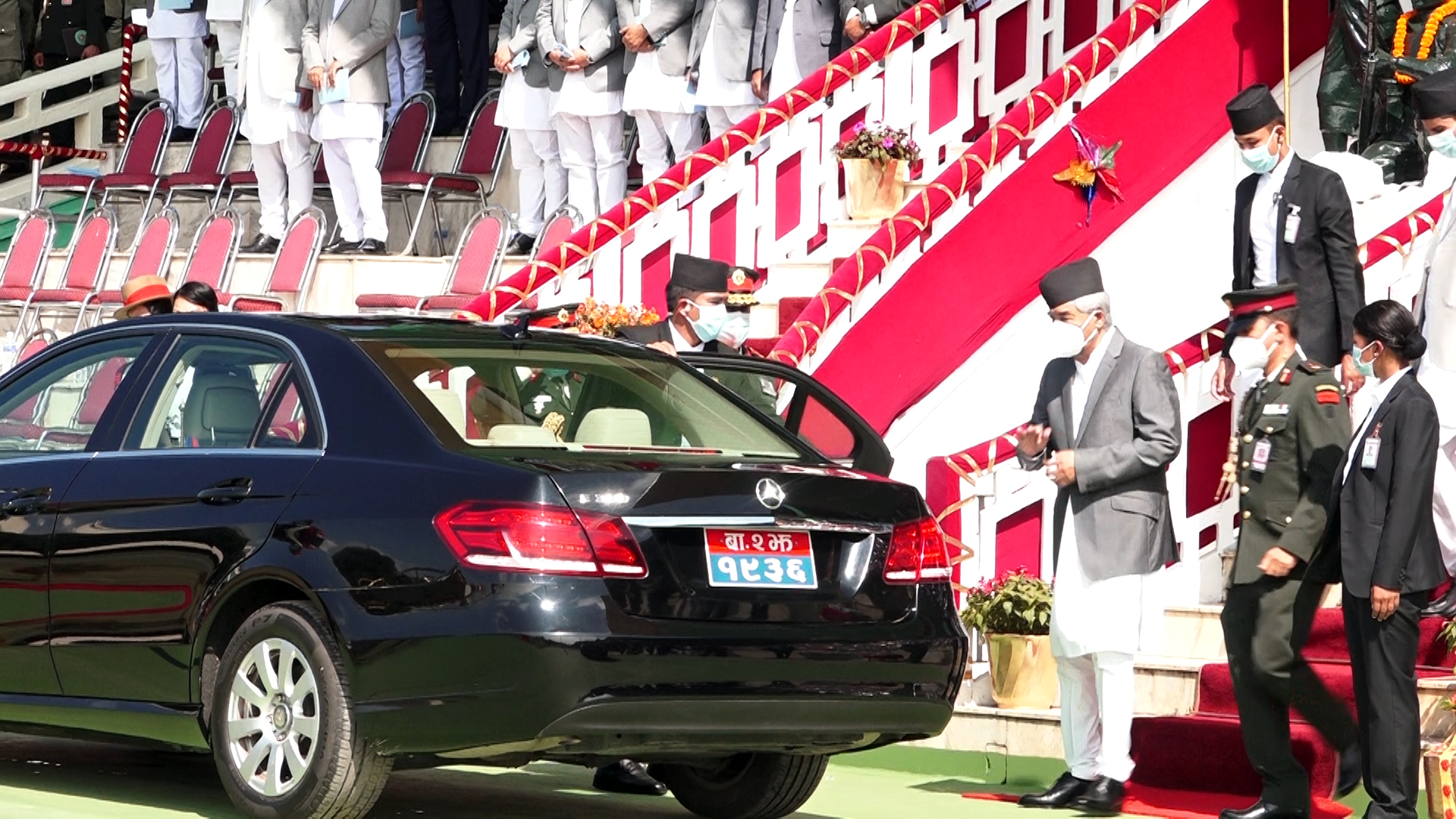 As members of the Nepal Army donned the garb of various ethnic groups and performed for officials. 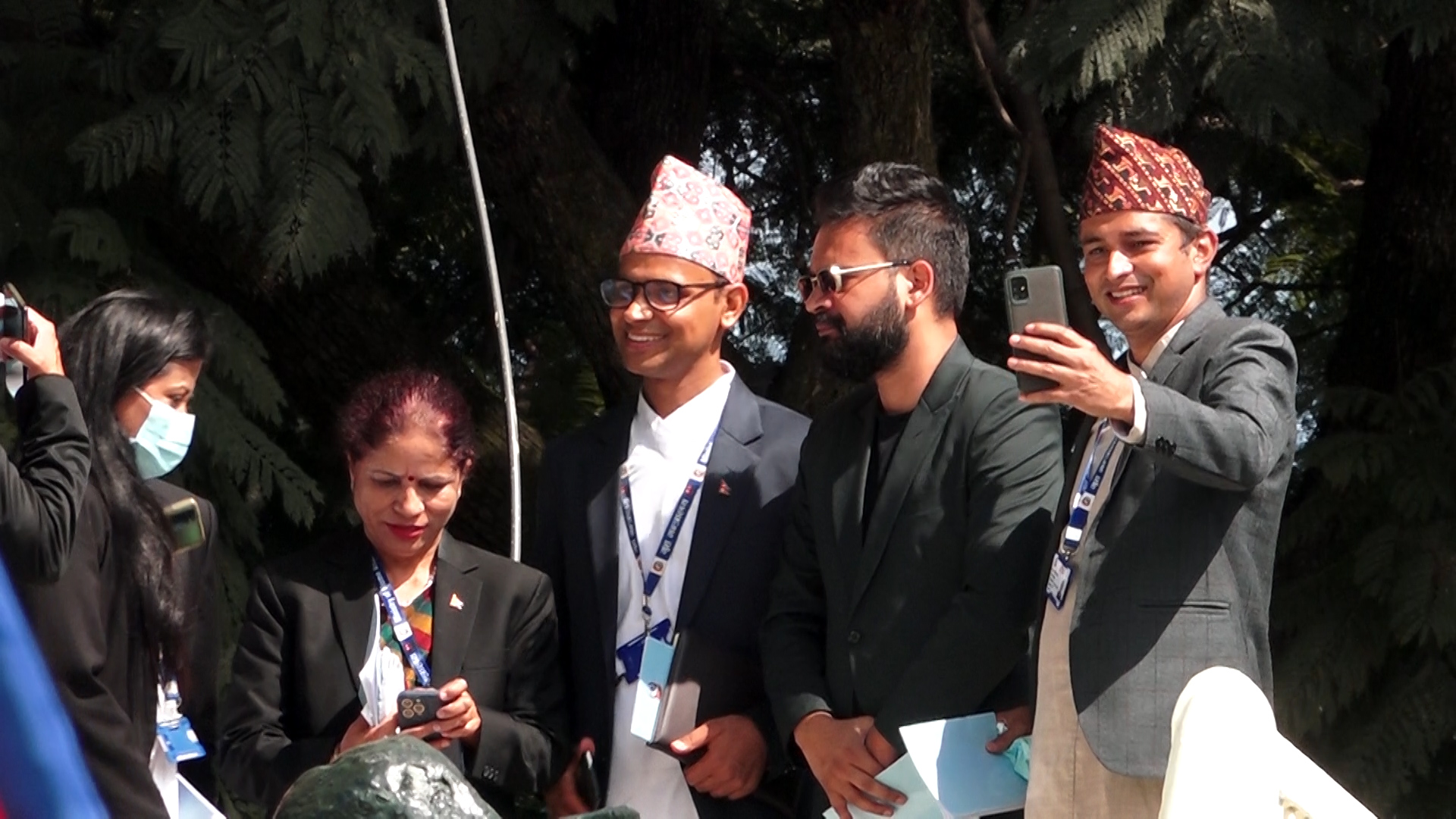 However, in Kathmandu and pockets across the country, many of those very ethnic groups were protesting the constitution as discriminatory, demanding amendments. 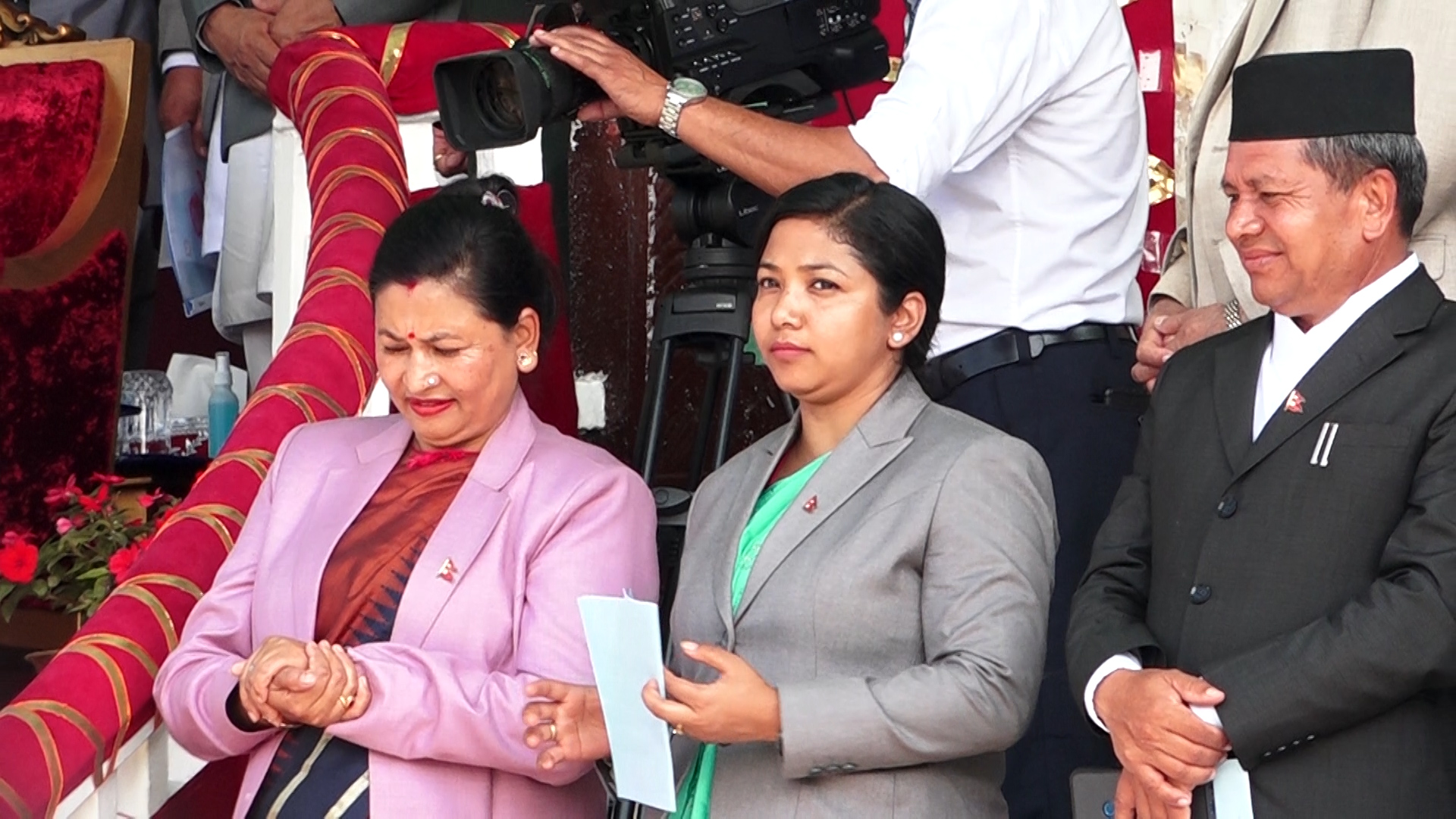 On the occasion of the completion of 7 years of the promulgation of the new constitution, the government has organized a special ceremony today at Sainik Manch Tundikhel. 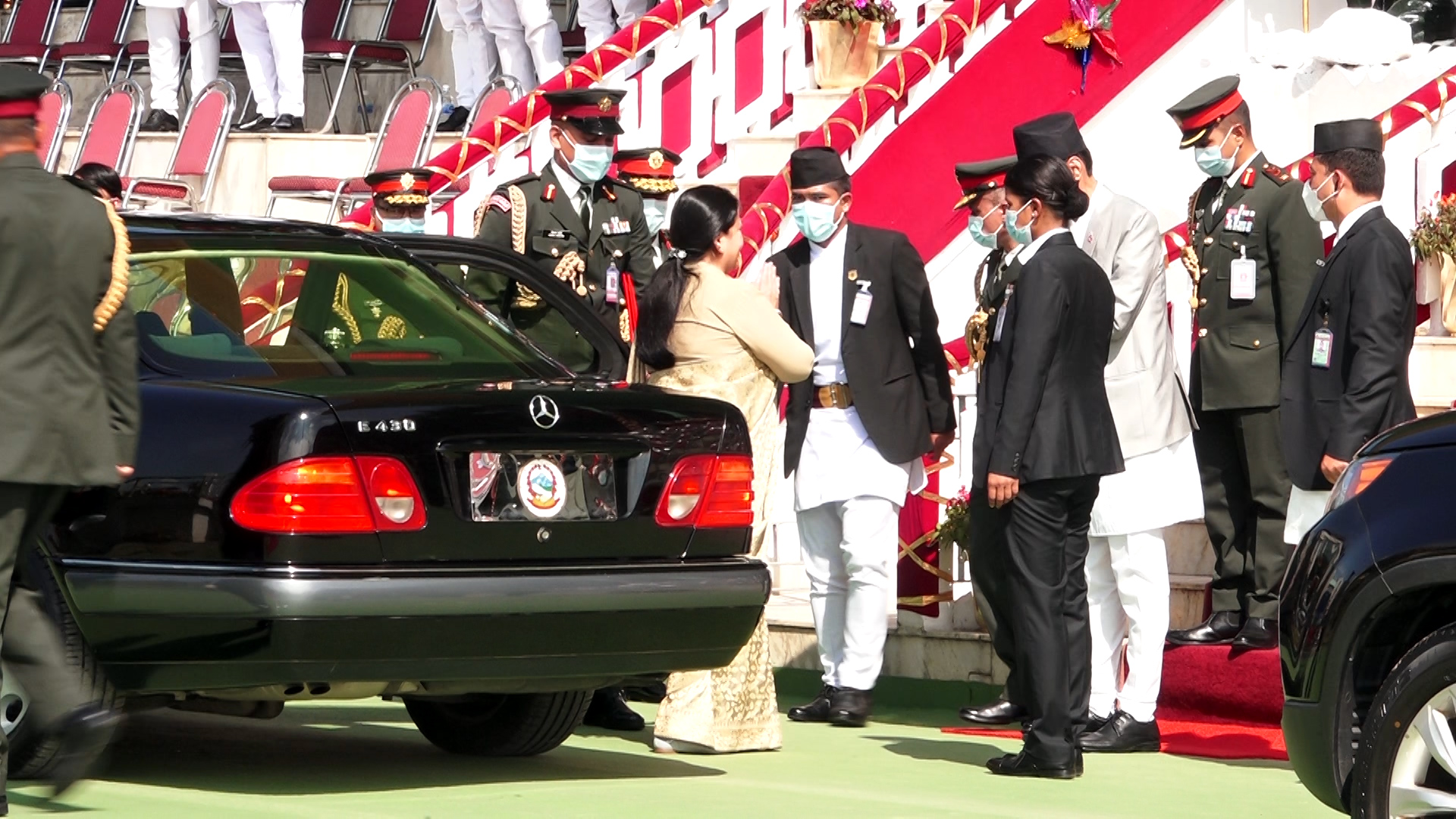 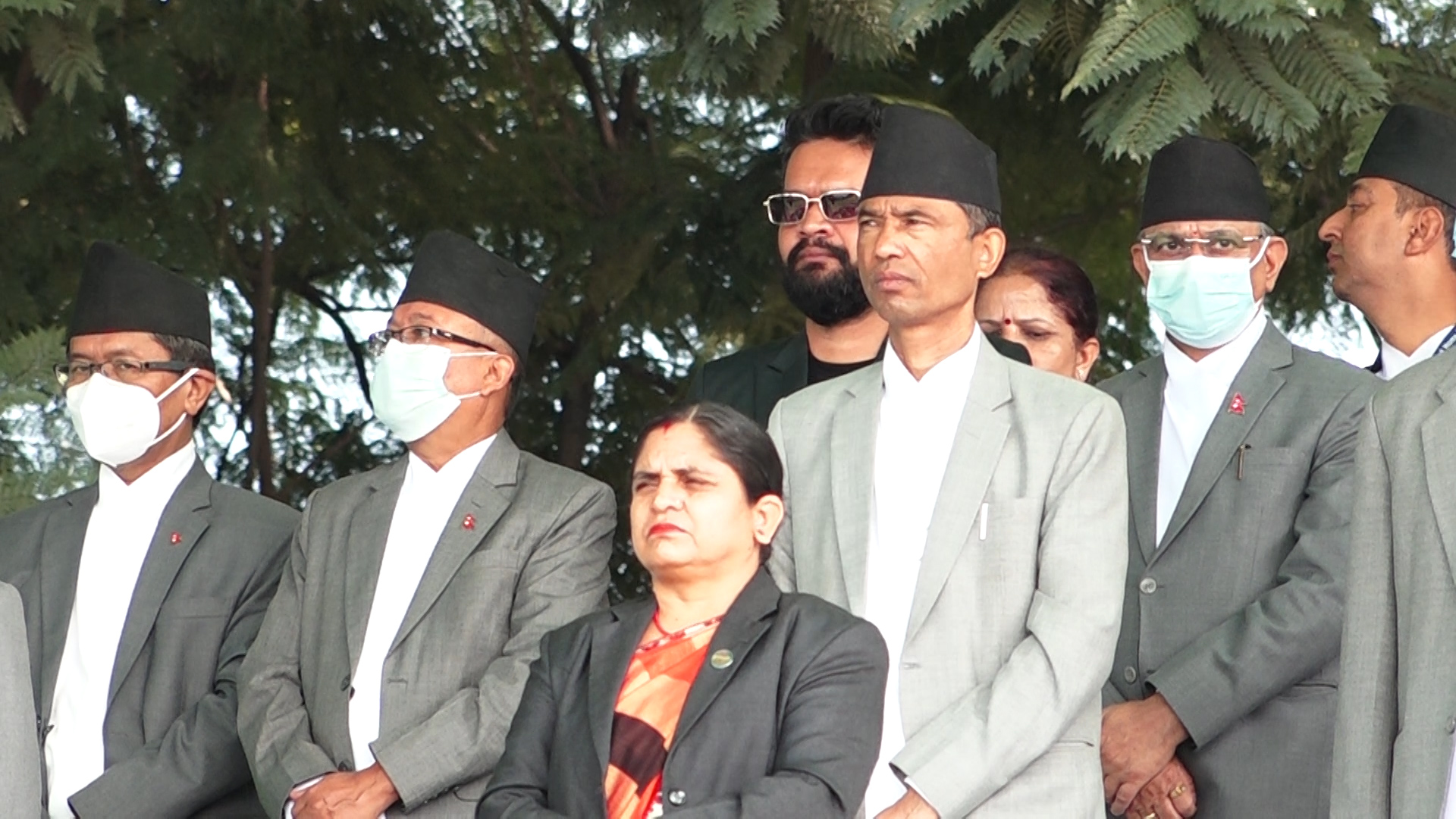 Various cultural tableaus were displayed during the ceremony. A symbol of peace A white dove was flown in addition to showering flowers from the helicopter of the Nepalese army. 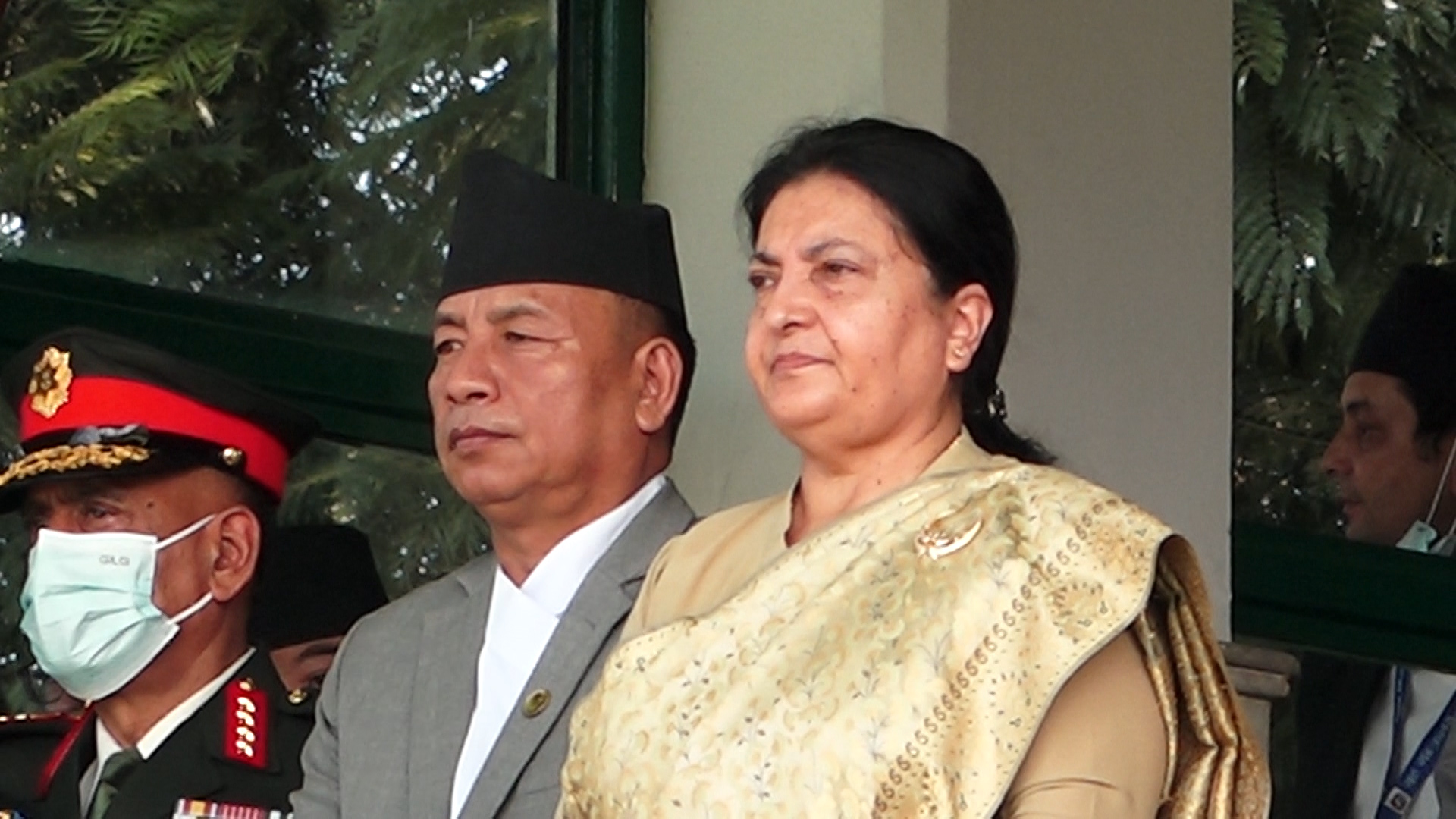 On the occasion of Constitution Day, Prime Minister Deuba also said that the government is doing its best to keep the economy running. He expressed his belief that with the coordinated efforts of everyone, we will be able to control the covid-19 and dengue and return the country to a normal state. 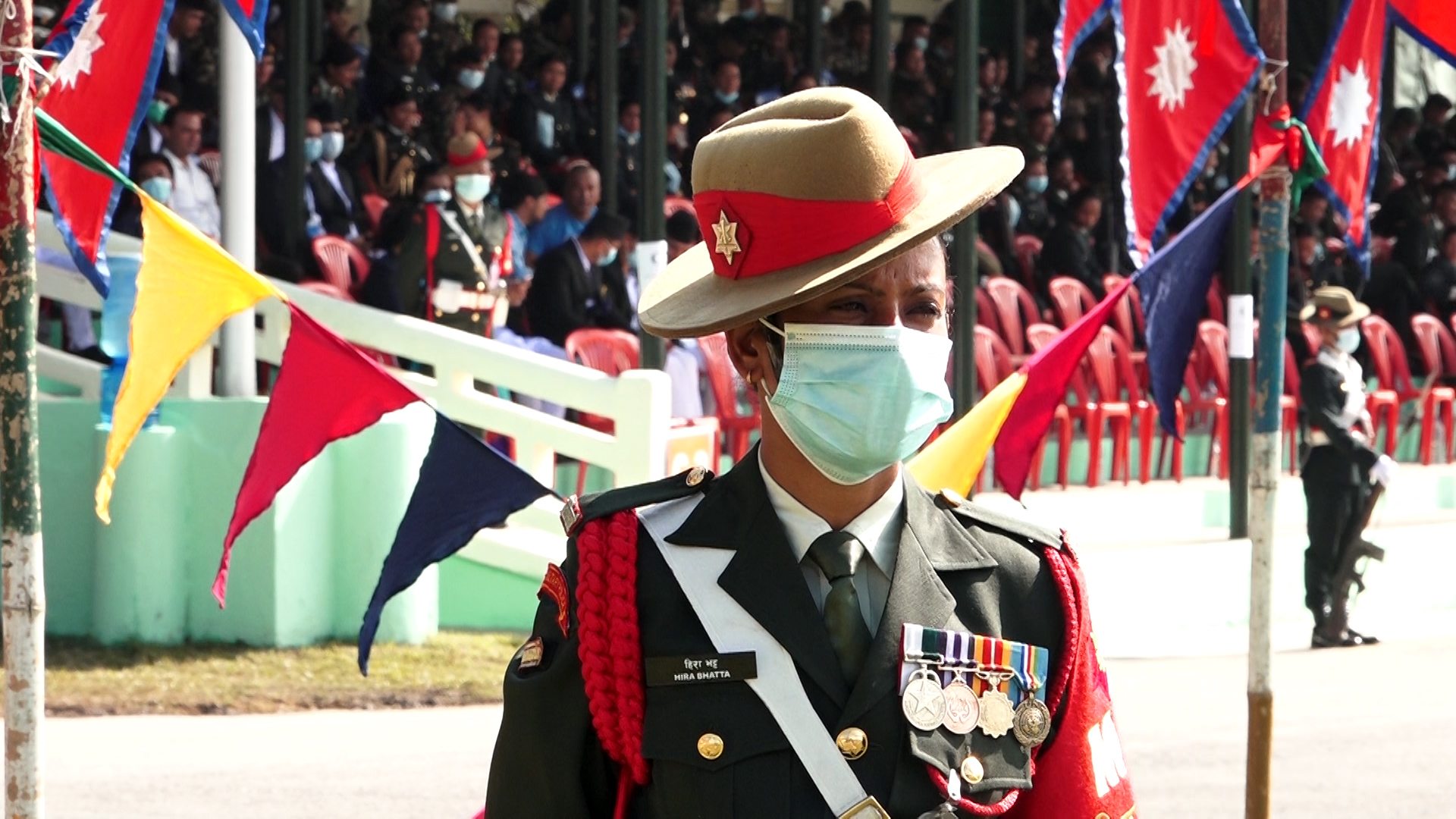 PM Deuba expressed his belief that the House of Representatives(HoR) and Provincial Assembly elections to be held in November will ensure the peaceful transfer of power in the country through democratic methods and means and will help to make the constitution workable. 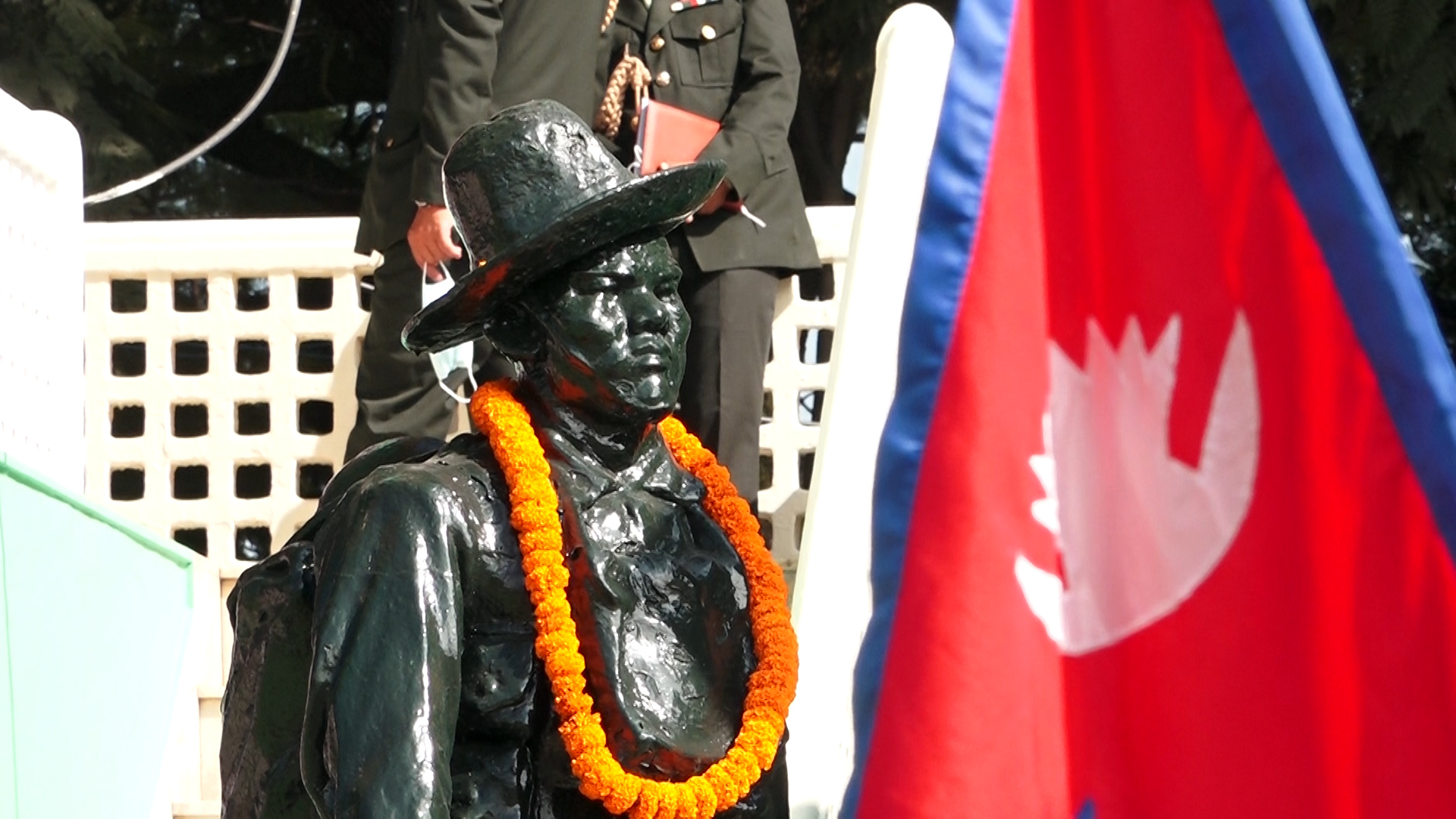 He also said that the government is committed to conducting the upcoming elections in a fair, free and fearless environment. But not everyone felt the same way, as many Madhesis, Tharus, and indigenous groups marked September 19 i.e. Constitution Day, as a ‘black day’. 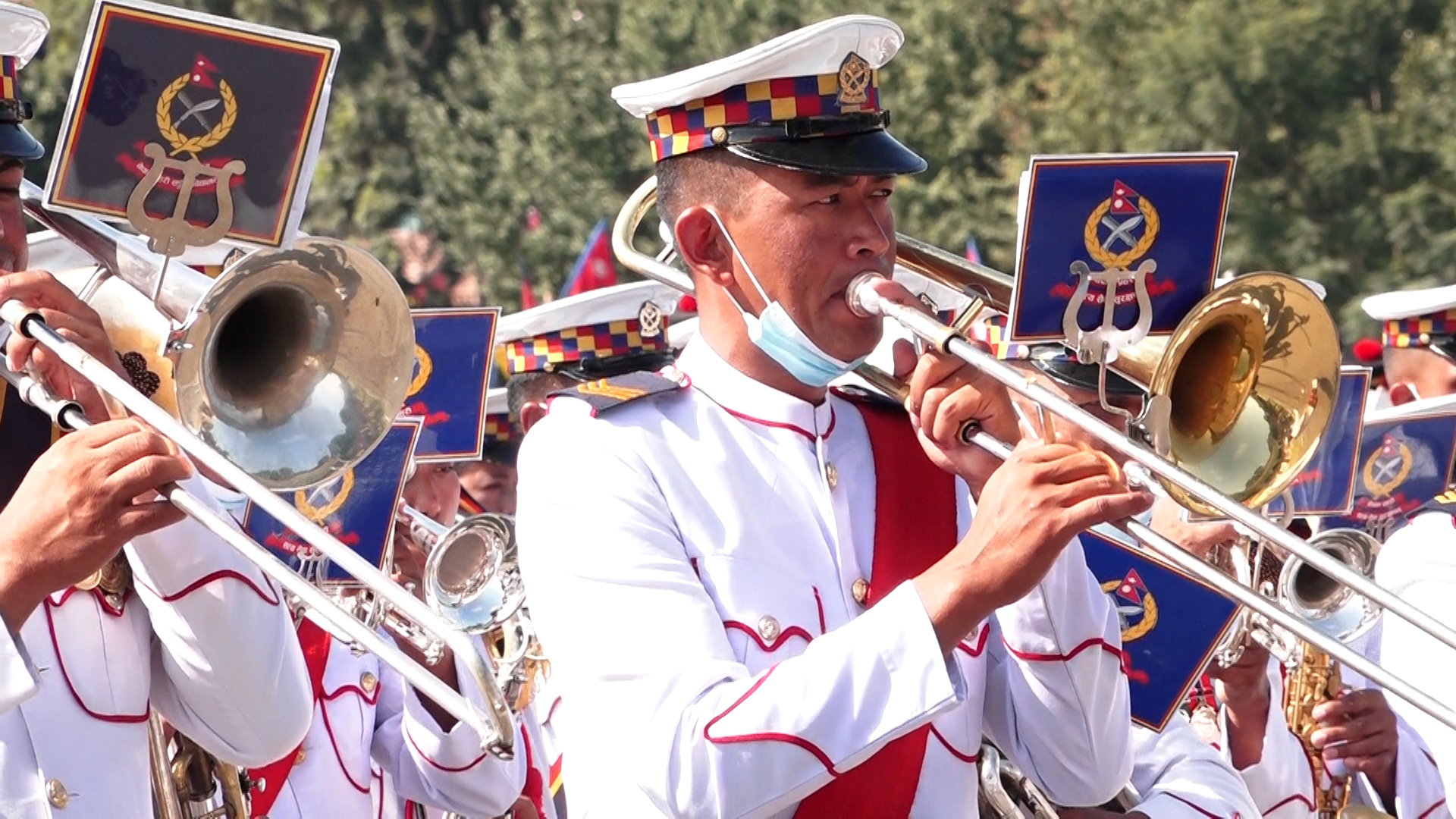 Nepal’s Constituent Assembly adopted the new constitution in 2015 after deliberating on it for seven years, even as the draft was contested by some sections of the society, most notably the politicians from the Terai, leading to the unrest in the southern plains. This was the precursor for the five months long blockade imposed by India. 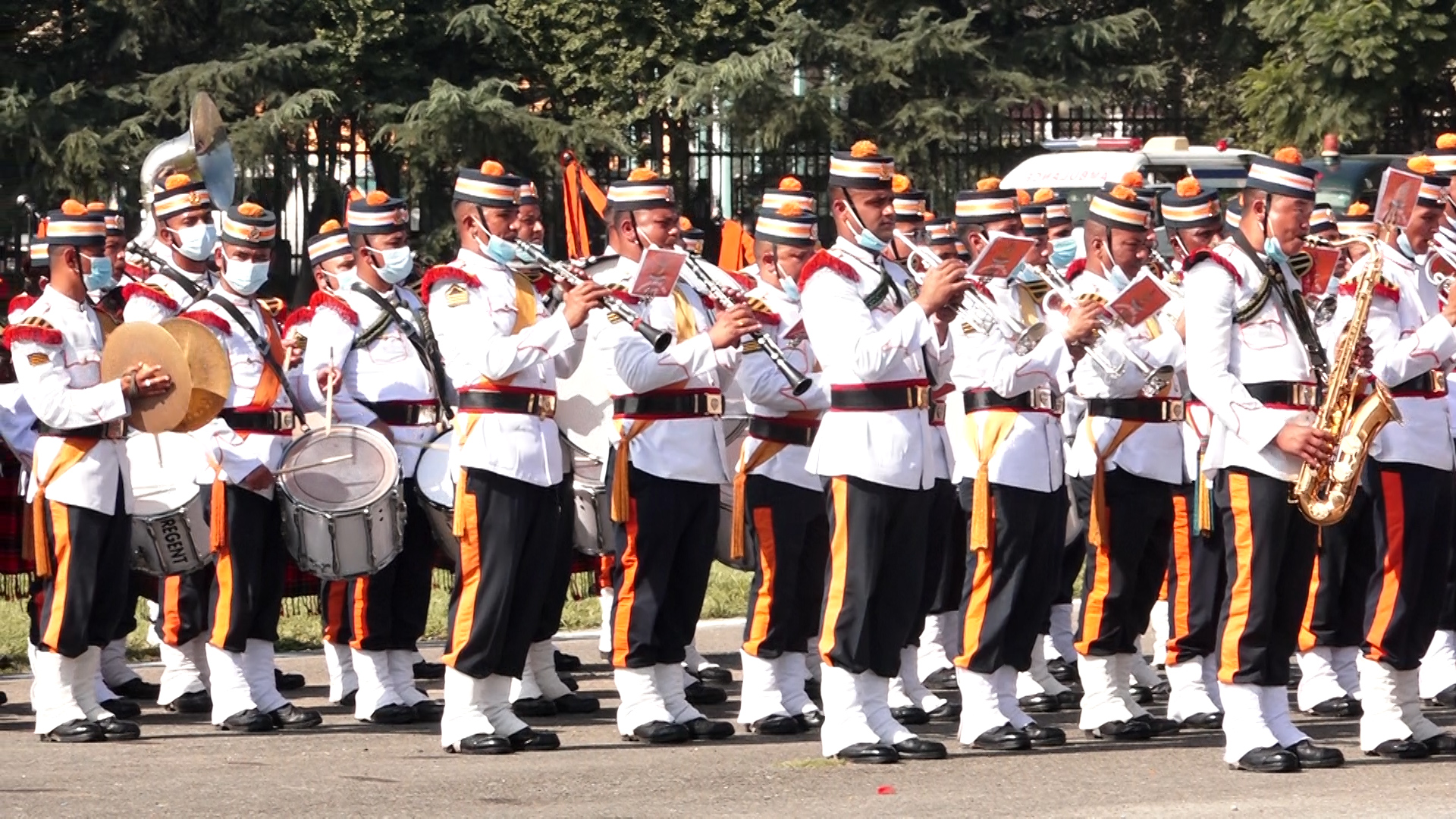 For nearly a month, the government has pushed for an all-out celebration, providing a national holiday, requiring civil servants to attend celebratory programs, and asking the public to don t-shirts emblazoned with the Nepali flag.  But protesting indigenous groups wore black vests with ‘ Ashoj tin Kalo Din'  i.e. Asoj 3 which is a black day written across it.

For the past six years, Madhes-based­ parties have been up in arms about the new constitution. This year, the Janata Samajbadi Party (JSP) decided not to take part in the Constitution Day celebrations and the newly-formed Democratic Socialist Party led by Mahanth Thakur marked the day as a black day. 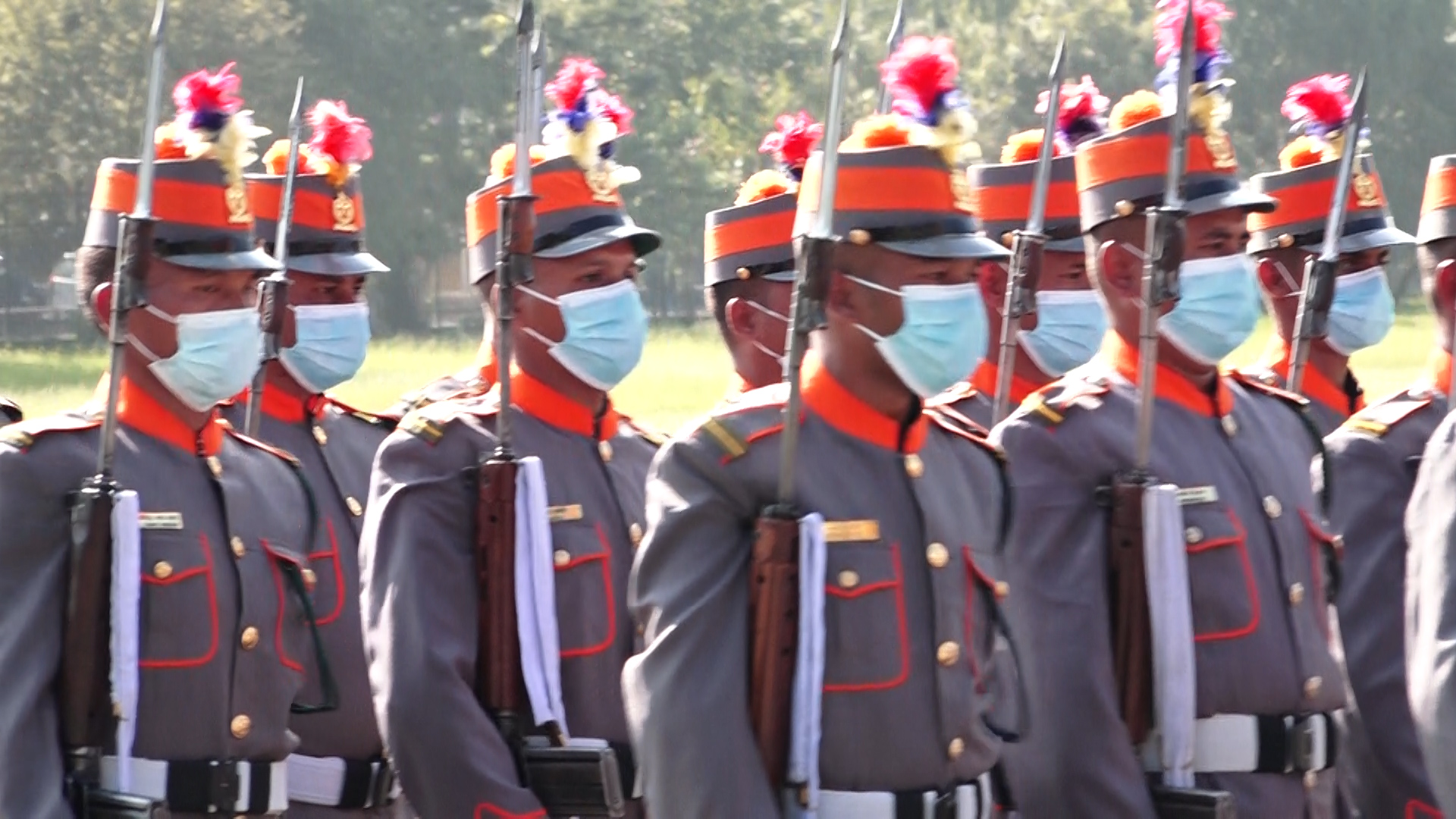 ‘The Maoist insurgency, the Madhesh Movement, the Tharu Rebellion, and struggles of women, indigenous people, Dalits, and Muslims delivered Nepal its democratic, secular, federal republic that constitutionally guaranteed inclusion, but it is well known that the state has created obstacles to attain those objectives at every step. 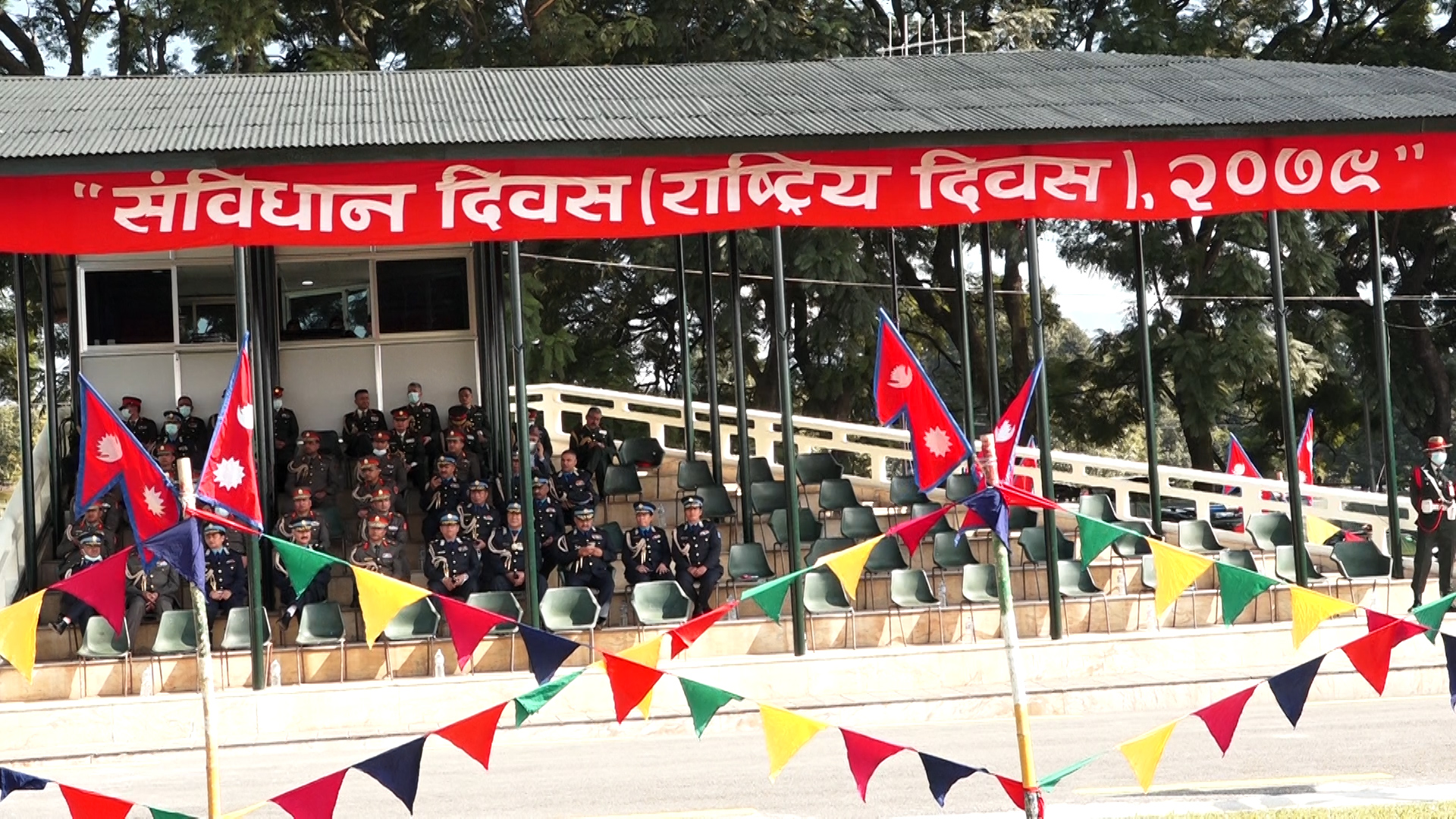 The actions of the political parties and main pillars of the state since the Constitution was promulgated prove the necessity of continued vigilance and struggle to protect and institutionalize the gains.’ 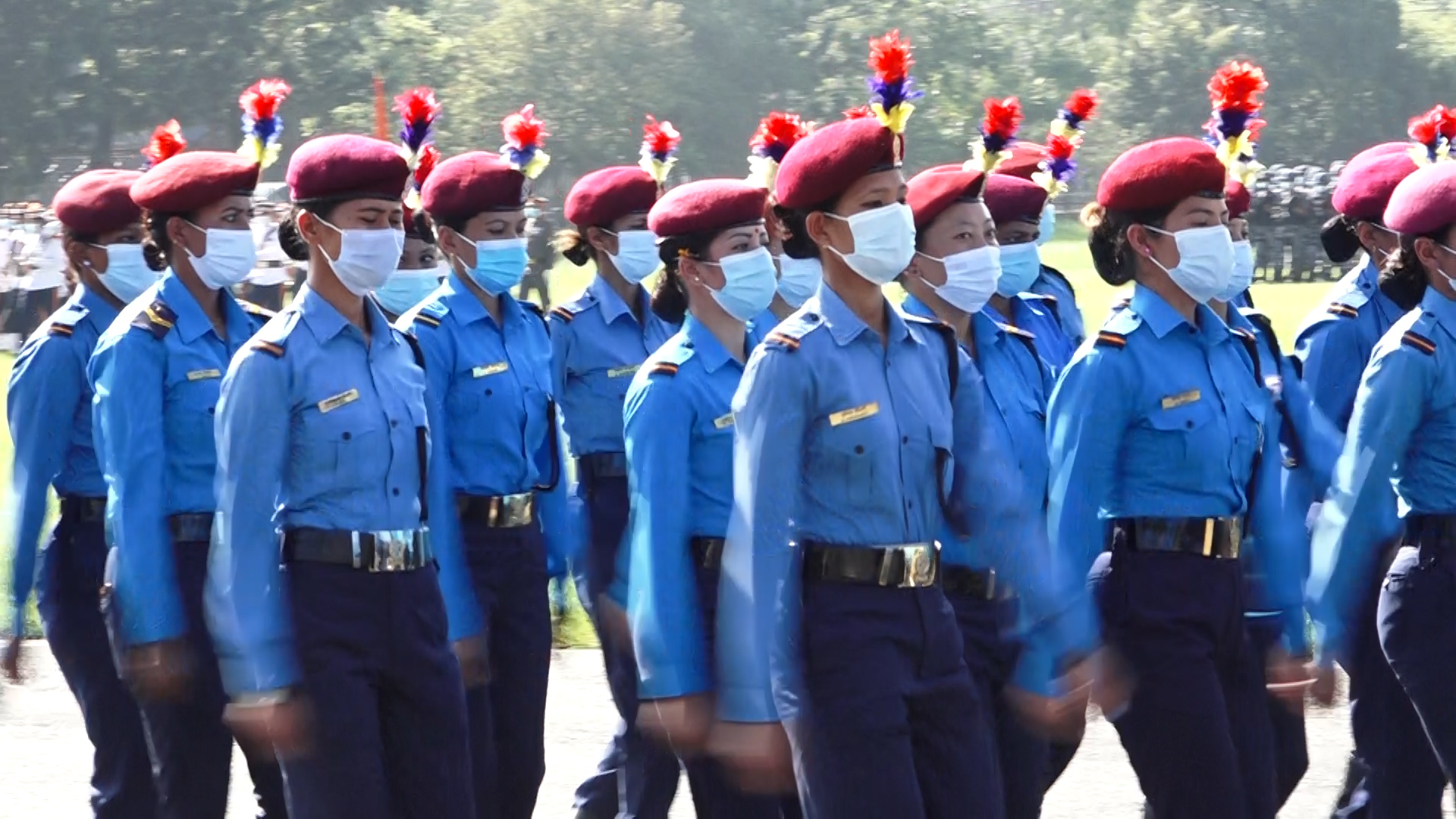 Nepal’s Constituent Assembly had to be elected twice in 2008 and 2013 to finally adopt the new constitution in 2015 after deliberating on it for seven years. 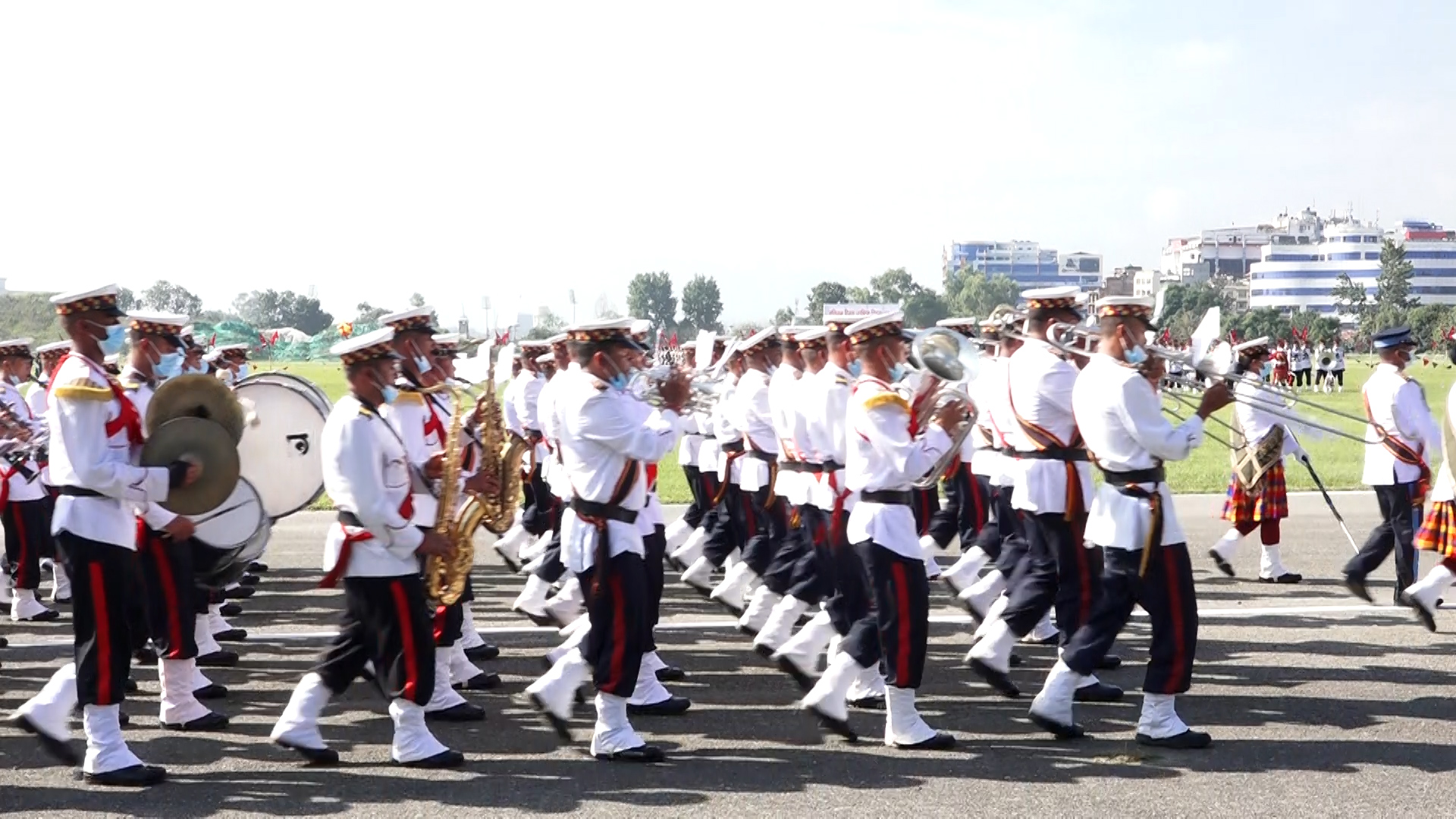 Even as the draft was contested by some sections of the society, most notably the politicians from the Terai, leading to unrest in the southern plains. This precipitated the five-month-long border blockade by India. For the past six years, MadhesH-based parties have been up in arms about the new Constitution, and have been agitating for greater representation and autonomy.

This year, the Janata Samajbadi Party (JSP) which is part of the ruling coalition decided not to take part in the Constitution Day celebrations and the newly-formed Democratic Socialist Party led by Mahanth Thakur marked the day as a ‘black day’.

Meanwhile, more than two months after he became prime minister, Deuba has still not been able to form a complete Cabinet as haggling goes on over the division of ministerial portfolios. Internal divisions within parties and between them have threatened to split the coalition even before it can form a full government.