Bangladesh Women 45 Minutes Away From History, Lead 2-0 Against Nepal 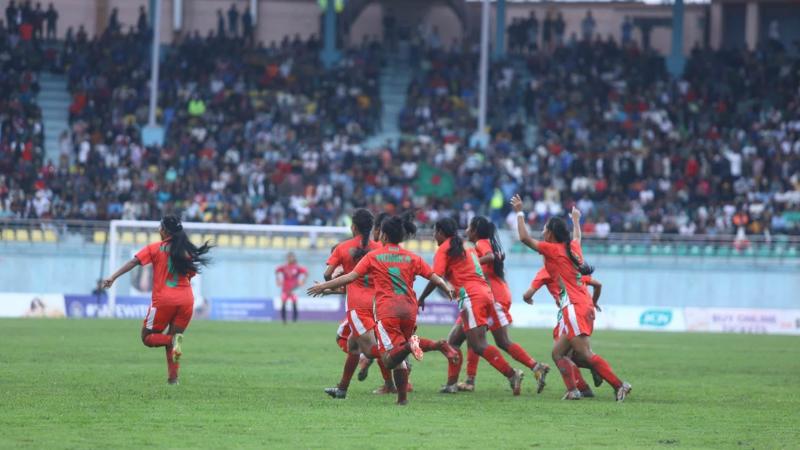 Sep 19, Kathmandu: Bangladesh's women’s football team was off to a great start against Nepal in the SAFF Women's Championship final, leading the hosts 2-0 at the first-half break in Kathmandu on Monday.

In the 45 minutes of the game, Bangladesh's Krishna Rani Sarka took the lead by scoring the second goal. Nepal has not been able to score despite creating some good scoring opportunities. In the 36th minute, Anita Basnet's excellent free-kick was cleared by the goalkeeper and another good chance was wasted.

Bangladesh women are bidding to win the Saff Championship for the first time in history after losing to India in 2016 in their only previous appearance in the grand finale. If Bangladesh women hang on in the second half, they would also register their maiden victory over Nepal in nine attempts.