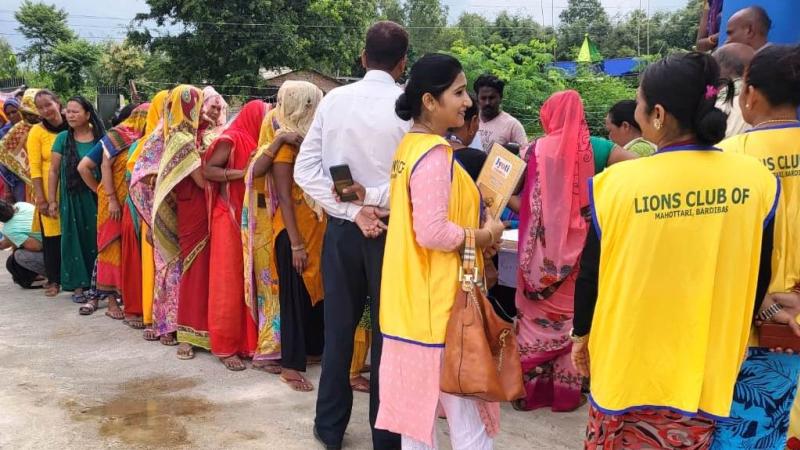 Sep 21, Kathmandu: Rural women of Mahottari have been suffering from sexual diseases and reproductive health problems for a long time. According to the doctor, during the examination, the local women were suffering from problems such as cervical cancer, organ failure, sexually transmitted diseases, and irregular menstruation.

In collaboration with Bardibas Municipality and the Lions Club of Bardibas, Community Service Foundation located in Bhaktapur Gattaghar has examined the problems of women in the 'Free Reproductive Health Camp' conducted on Monday and Tuesday in Ward 11 Khairmara and Ward 13 Bijalpura of the municipality.

According to Harihar Upreti, the inspector (supervisor) of the establishment, 630 women have been examined in the camps of both places. 60 percent of the women who were tested were found to suffer from erectile dysfunction.

Camp Gynecologist Dr. According to Deepak Kumar Sah, 50 of them in the third stage have to be operated. Cervical cancer has been identified in 7 out of 170 women tested in Khairmara. Women who have cancer are in the age group of 28 to 48 years old. Shah said.

In 42 women there, the problem of blood loss has also been found. Sah said, "Out of which 10 people need surgery and 7 people in the second stage need to have rings in the test report.

Similarly, during the examination of 460 women in Bijalpura, the problem of uterine infection was found in more than 222 women. Out of this, 40 women are in the third stage, i.e. in the condition of having to undergo surgery. Shah said. The possibility of cervical cancer has also been seen in 7 people.

"This situation is very terrible," Dr. Sah said, "During the long period of 18 years of medical services, women's health did not end in such a dire state." He said. In addition, women aged 15 to 49 years have sexually transmitted diseases and 50 percent of women aged 13 to 20 years have problems such as irregular menstruation and urinary infections.

Vijayakumar Jha, Director of Madhesh Province Health Directorate, said that the reproductive health of rural women is alarming and unimaginable. According to him, this is a socio-economic and educational problem. He said that the directorate is serious about this.

According to director Jha, the state has an incentive allowance of 200 rupees each time for pregnant women to be examined 4 times in a government health institution and 1000 rupees to 1800 rupees for giving birth. Bardibas Municipality has decided to give an additional 1000 to this allowance for the women of the city area.