Nepali Youth Won A Lottery Worth Rs 34 Crore In Dubai 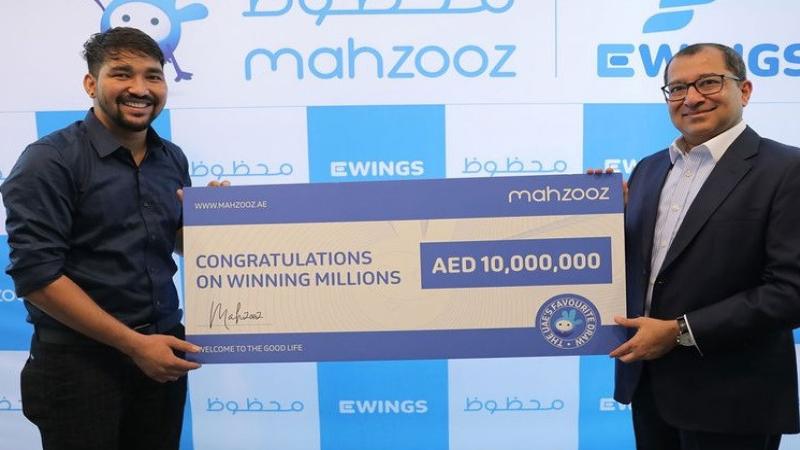 Sep 22, Kathmandu: A young man from Nepal has won a lottery worth Rs 34 crore in Dubai. Bharat BK(31-year-old) who has been working at a car wash in Dubai for a few years won the famous Mazooj lottery there. According to Gulf News, India is the first Nepalese country to win the lottery of one million ie 10 million dirhams.

In this lottery opened weekly by Majooj, Bharat was drawing the lottery for two years. Eventually, his luck opened and now he has managed to win the lottery. Before winning this lottery, I didn’t even have a bank account in Dubai. ‘I am very happy he said  I was watching live on TV on Saturday night, I saw my lottery number on the screen, then I could not sleep happily.’

With this money, Bharat wants to pay off his debt and arrange a good endowment for his family. He plans to spend this amount on his two children, aged three and five. Also, he wants to spend some money on the operation for his brother who is paralyzed after a brain tumor. “Even if I win the lottery, I won’t stop washing the car,” said Bharat. India came to Dubai three years ago and was in Saudi

Arabia in connection with employment abroad. Majooj CEO Fareed Samji mentioned that many Nepalis participate in lotteries hoping to win the lottery and said that Bharat’s victory has brought joy to the Nepalese community. CEO Samji said, “So far, around 3,200 Nepalis have won in various categories of the Majooj lottery, of which 28 have won the first and second divisions.”