Opportunity To Visit The Base Camp Of Mount Everest Watching 'Unchai'

Coming to the second week, the movie is getting good support from the audience. The film is entering its third week next Friday.

The Nepali audience is responding to the film's story and are liking the beautiful scenery of Nepal. This movie has earned 25 crores 82 billion in India. This is 13 days' worth of earnings.

Meanwhile, the distribution company Travelers Crew Films, which has brought this film to Nepal, is going to give an opportunity to go with a friend to the base camp of Mt. Everest.

Besides, the distribution company will also give an opportunity to meet actors Amitabh Bachchan, Boman Irani, and Anupam Kher while watching the film.

The ticket for watching this movie and the name of the theater where it was watched should be mailed to the distribution company. One of the audience watching the movie this week will get this opportunity.

Produced by Rajshri Productions, the film is directed by Sooraj Barjatya.

Based on the story of friendship, the film stars Abhithav, Boman, Anupam along with Neena Gupta, Parineeti Chapada, Danny Denzongpa, and Sarika Haasan in lead roles. Nepali actors also acted in the movie. 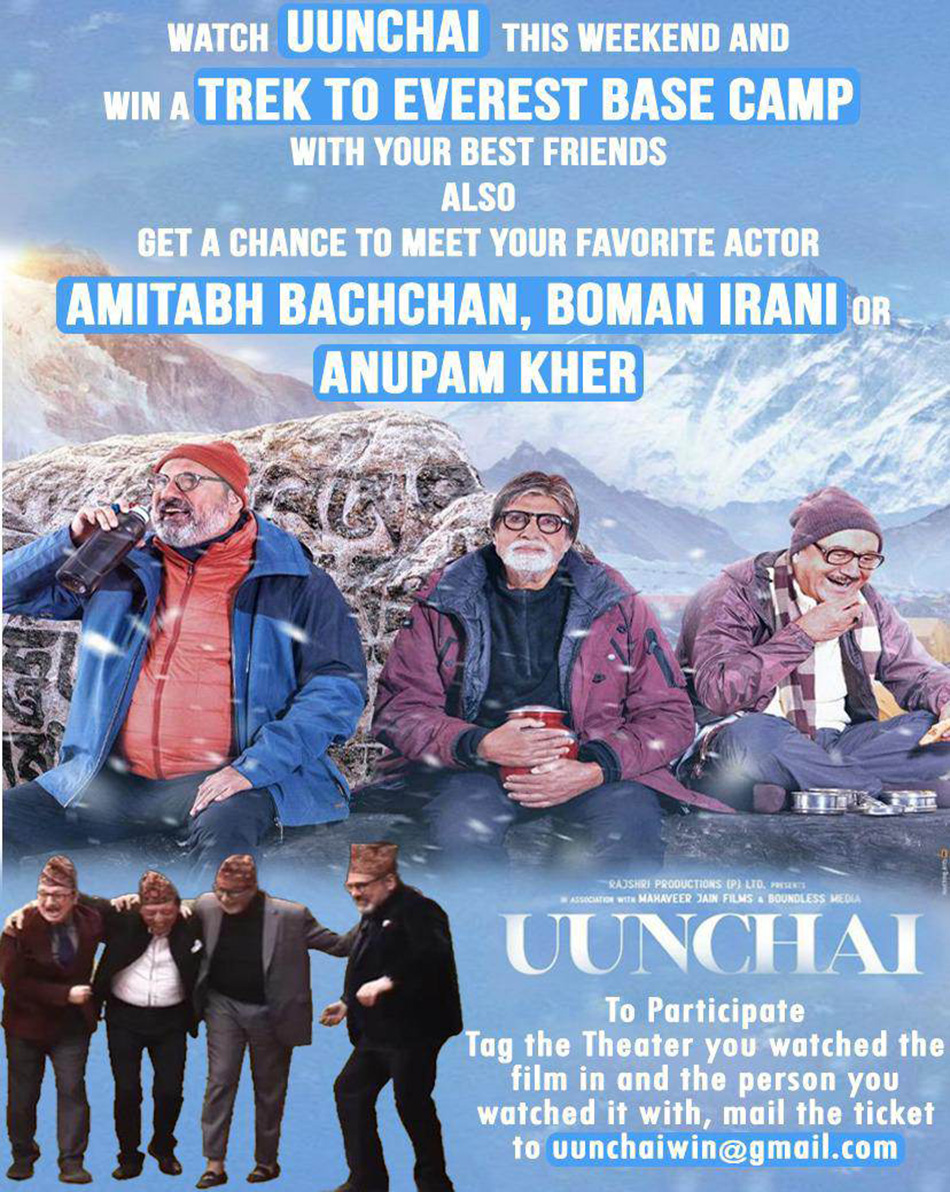