UML's Basnet Wins In Sunsari-1 (A) 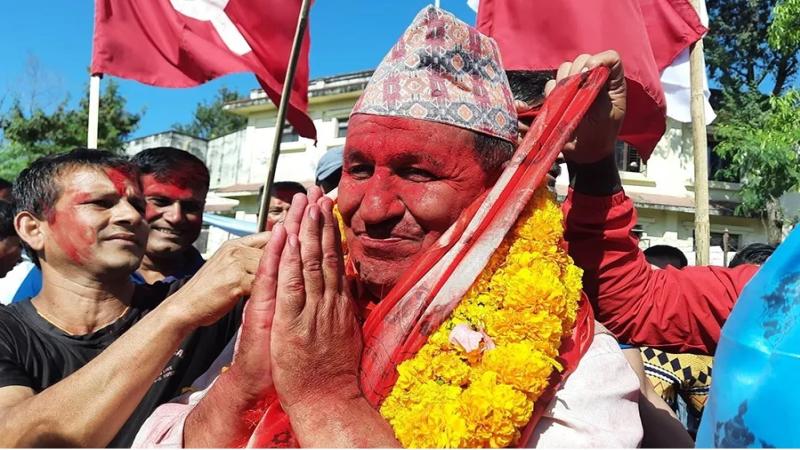 Nov 25, Kathmandu: CPN-UML  Ramesh Kumar Basnet  has been elected to the State Assembly from Sunsari constituency 1 (A). He defeated his nearest rival Nepali Congress candidate Umesh Thapa by a margin of 1,350 votes.

While Basnet got 11 thousand 102 votes,Congress  Thapa got 9 thousand 752 votes. In this region, out of 39 thousand 713 votes, 37 thousand 942 votes were accepted for the state assembly. Basnet joined party politics full-time after resigning from the permanent teacher job in 1991 AD.  In the year 1992 AD, Basnet was elected as the president of the former Panchkanya village by the CPN-UML.

In the second term, he was also elected as Borough President with a large number of votes. Basnet has been member of Dharan Municipal Committee, Co-coordinator of Regional Coordination Committee, Member of District Committee, Secretary, Vice President, President of UML and is currently in charge of Secretariat Member of Province 1 Committee.