Every Time New History In Saptari-2 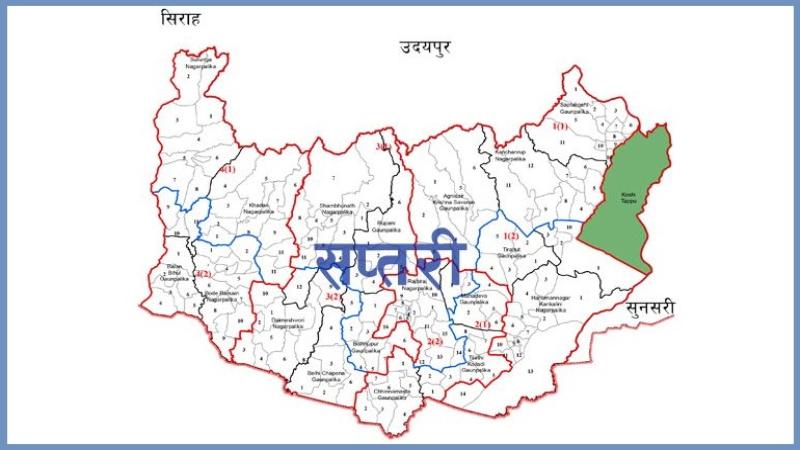 Nov 25,Kathmandu: Until the election on November 20, many people expected that a new history would be made in Saptari-2 this time. But that guess failed because a new face won here in this election as well. This constituency, maintaining the old history has elected a new face as the people's representative this time as well.

In this constituency, a new face has been elected as a representative of the people in the elections so far. Dr. CK Raut was elected. Dr. Raut has defeated Janata Samajwadi Party (JSP) president Upendra Yadav by a margin of more than 18,000 votes and has been elected as a member of the House of Representatives(HoR). Chief Electoral Officer Hemant Rawal informed that Dr.Raut got 35 thousand 42 votes and Yadav's 16 thousand 979 votes.

In the last election of 2017 AD JSP President Yadav was elected as a member of the HoR from this region. People's representatives who have been elected once in this area have not been re-elected. Yadav, who was planning to create a new history in the region by being re-elected, was also not chosen by the voters of this region. In the seven elections of the year 1991 AD with political change, this area has elected different people from different parties as people's representatives.

43-year-old Dr. who left the job of NASA in the United States and returned to Nepal. Raut entered the politics of Nepal a decade ago. Dr. succeeded in making the election results in his favor by defeating the candidates of two major alliances. Political analyst Devanarayan Yadav said that voters have great expectations from Raut. "Dr. in the environment and background. Raut has won the election, of course it is not easy for him to plan a trip”, he said, “During the election, the attraction of voters towards popular slogans has increased a lot, it is a challenge to address it correctly.”

Sukhram Yadav, the founding president of Saptari, a civic network, said that he has the responsibility to work honestly according to the wishes and feelings of the voters. Apart from this, Yadav suggested that schemes such as Ramraja Prasad Singh Institute of Health Science, Narsingh College, Engineering College, Agricultural University should be implemented for the development of Saptari. Dr. Raut says that he will not let the voter's trust in him break. "The people of Saptari have won me with great hope and trust", he said.

"I will not let the people's trust and confidence break, I will work with the mandate in mind." He said that his first action plan will make government service delivery simple and effective. His agenda is to make Saptari a 100% educated district, provide easy access to 100% of people's health by solving the acute malnutrition and other health problems, connect every family with employment and arrange fertilizers, seeds and irrigation for farmers easily. Raut said.