Suspension Bridge Has Been Inaugurated By Leader Sharma 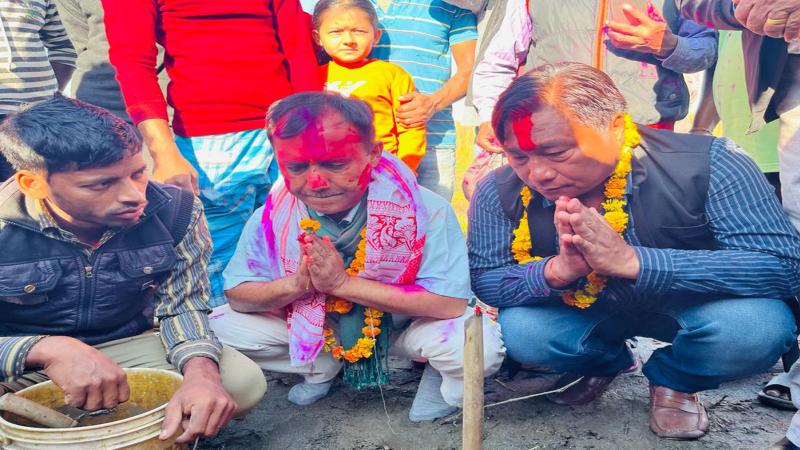 Nov 26, Kathmandu:  General Minister of Nepali Congress and Jhapa region no. 1 who is a member of the House of Representatives(HoR) of Bishwaprakash Sharma has said that according to the people's belief, they will show more by doing more than talking.

On Saturday morning, while laying the foundation stone of the suspension bridge that will be built on the Ninda River connecting Bicharni Bazar and Heldubari at Mechinagar 15 of his constituency, Sharma said that he would prioritize development work based on local needs.

Sharma has said that his victory is the victory of everyone in this region and that he will fulfill the commitments and promises he made during the election. I will not let the faith of the people here die, said Sharma.

It is said that the federal government's Ministry of Physical Infrastructure has allocated a 75 million budget for this bridge. The construction of this 350-meter-long bridge will be completed within two years at most.

Meanwhile, the newly elected Sharma is celebrating the victory celebrations in a different way by launching a campaign to honor the voters. He has honored the tea workers of this region, businessmen doing business on the streets, various sportsmen, martyrs, and martyr families by visiting their workplaces and homes.