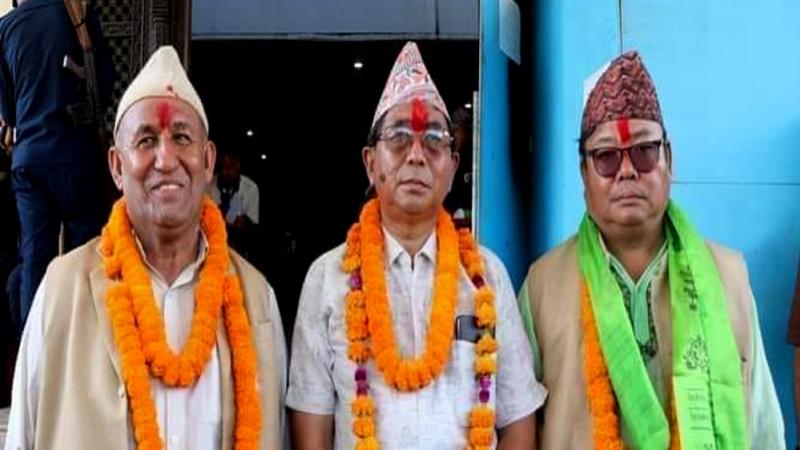 Nov 28, Kathmandu: Ashok Kumar Rai of the Janata Samajbadi Party, Nepal has been elected as a House of Representatives member from Sunsari-1.

As per the final results, Rai defeated his close competitor Goma Tamang of the Rastriya Swatantra Party by a margin of 453 votes. Rai received 17,059 votes against Tamang who garnered 16,606 votes. Rai started student politics in 1972 AD and worked in different responsibilities of CPN-ML.

He then joined Sanghiya Samajbadi Party in 2012 AD To become the party chairman and is currently the Federal Council Chairman of Janata Samajbadi Party Nepal. Rai was elected as a lawmaker from Khotang in the elections held in 1991 ad and 2051 BS and became a lawmaker in the Constituent Assembly in 2013 AD through a proportional representational system. He also served as Minister for Transport and Minister for Health in 1994 AD and 2005 AD  respectively.