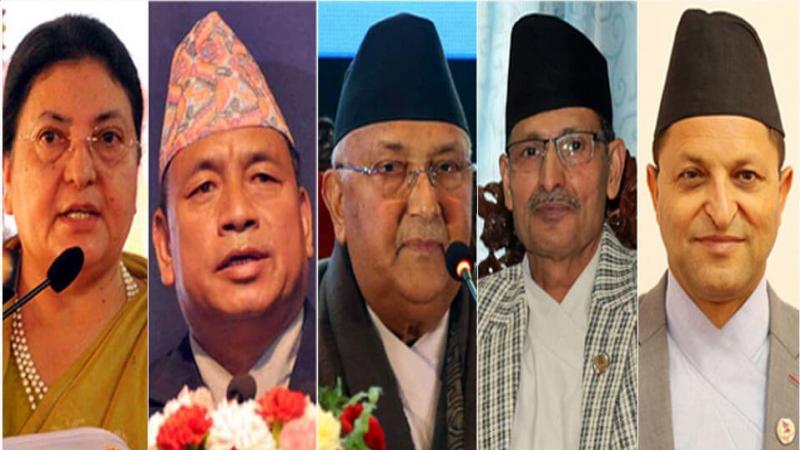 Officials who have been recommended for appointments to various constitutional bodies have been sworn. Chief Justice Cholendra Shamsher Jabra administered the oath of office to those recommended in five commissions in the presence of President Bidyadevi Bhandari at Shital Niwas on Wednesday morning.

In the absence of a parliamentary hearing within 45 days of the recommendation, the recommended persons will be automatically appointed to the respective posts.

But, vice President and Speaker have boycotted the swearing in ceremony of the office bearers of the constitutional bodies amidst legal and political disputes.

The government had recommended the appointment and sent the information to the federal parliament. However, Speaker Agni Prasad Sapkota on Sunday withdrew the appointment recommendation saying that the hearing was not possible as the House of Representatives had been dissolved for the parliamentary hearing.

A meeting of the Constitutional Council held on December 15 had recommended 38 people in various bodies. The process was controversial as an ordinance was issued on the same day recommending the appointment and there was no hearing from the Parliamentary Hearing Committee.