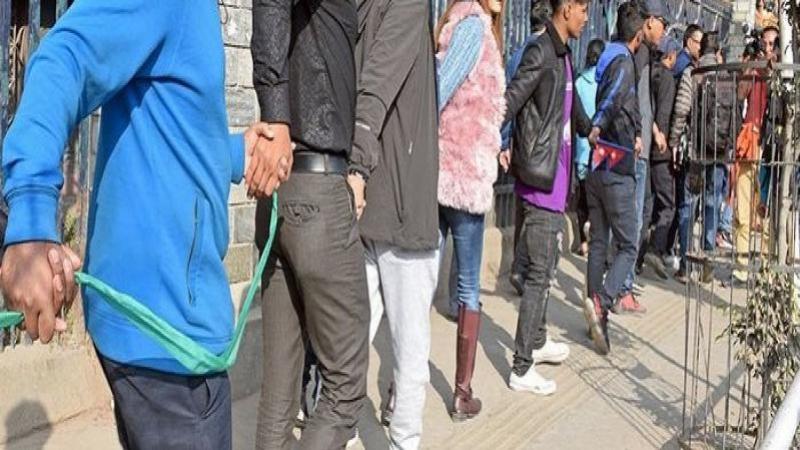 The Communist Party of Nepal (CPN) Prachanda-Nepal group, which is agitating against the dissolution of the parliament, is encircling Kathmandu today with human chains.

Tundikhel is under siege from 4 pm which will go for one hour protest against regression, high prices, and corruption. The Prachanda-Madhav group has allotted a certain place for the district committees and people's organizations in the valley to encircle Tundikhel by making human chains.

The Prachanda-Madhav group is currently in the fourth phase of agitation against the dissolution of the parliament. As part of the fourth phase of the movement, there will be a massive interaction against regression in Kathmandu on the 8th of fagun, a one-hour protest with human chains around Tundikhel on the 6th of fagun against regression, inflation, and corruption. Protests in ward offices of all municipalities across the country from 5th of fagun to 12th of fagun, and on 7th of fagun protest will be held against wards in different places,  nationwide demonstrations against regression and murder of women, violence and rape in Kathmandu Valley on 9th of fagun, protests on 10th of fagun on behalf of Dalit Morcha in Kathmandu Valley Demonstrations reflecting the identities of the oppressed communities including Madhesis, Janajati, women, Muslims and Tharu backward areas will be held.