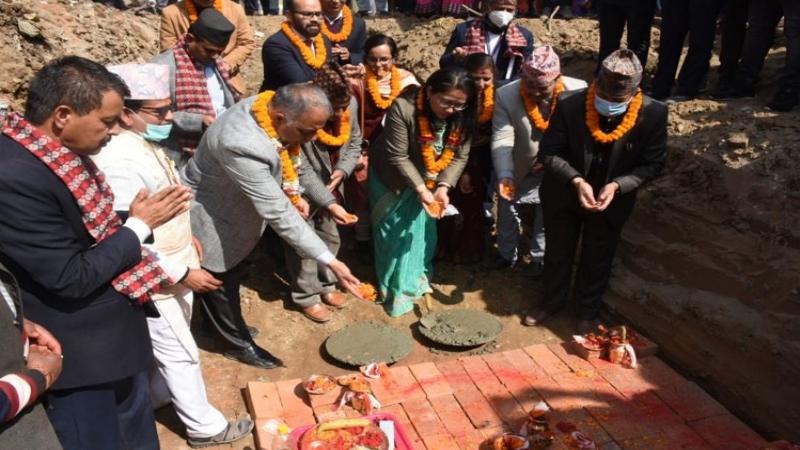 Ms. Namgya C. Khampa, Deputy Chief of Embassy of India, Kathmandu attended the groundbreaking ceremony for the reconstruction of Shree Kanti Bhairab Secondary School at Kageshwari Municipality, Kathmandu along with Mr. Sushil Gywali, CEO of National Reconstruction Authority of Government of Nepal. The event was attended by the Mayor of Kageshwari Municipality, Secretary NRA, and representatives of Shree Kanti Bhairab School Management Committee. 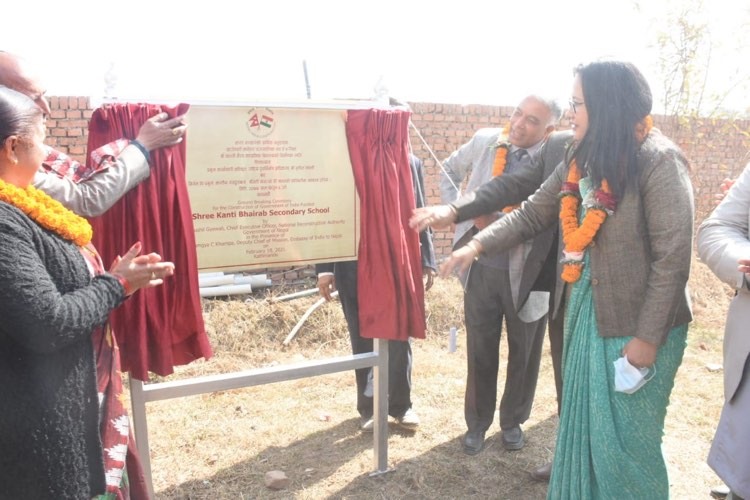 The government of India has committed a total grant of US $ 250 million for reconstruction projects in the education, health, cultural heritage, and housing sectors. For the education sector, India has committed a grant of US $ 50 million. Under this grant, 71 educational institutions damaged during the 2015 earthquake are being reconstructed in 8 districts of Nepal. Eight schools have been completed in Gorkha and Nuwakot districts and 56 schools are under construction, Tender for the award of work for the reconstruction of Tribhuwan University Central Library is also underway. 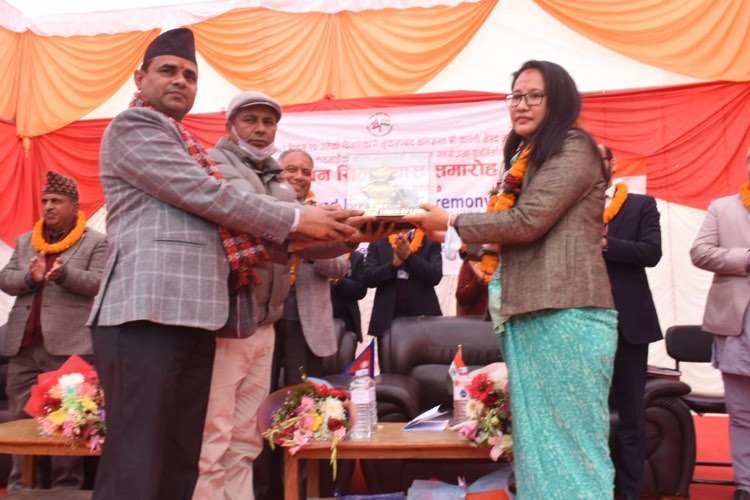 Shree Kanti Bhairab Secondary School is being reconstructed at a cost of NR 266 million and will be built as per earthquake-resilient reconstruction norms of the Government of Nepal. The new three-floor building will have 30 classrooms, library and lab/practical rooms, separate sanitation facilities for boys and girls, and also furniture. The Central Building Research Institute (CBRI), Roorkee, a premier institute in India in the field of earthquake-resilient reconstruction, will provide technical hand-holding for the construction of these schools. 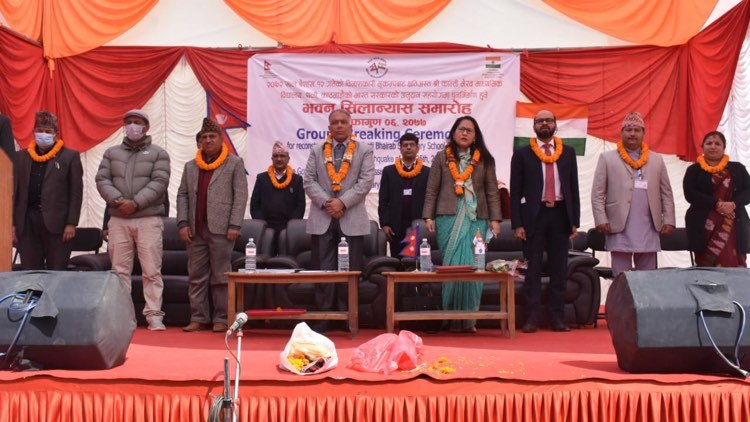 Speaking on the occasion, Deputy Chief of the Indian Embassy said that the groundbreaking was a testament to the strong and robust development partnership between India and Nepal. She further said that India remains committed to continue collaborating with the Government of Nepal and its agencies for the socio-economic development of Nepal, including post-earthquake reconstruction projects in Nepal.