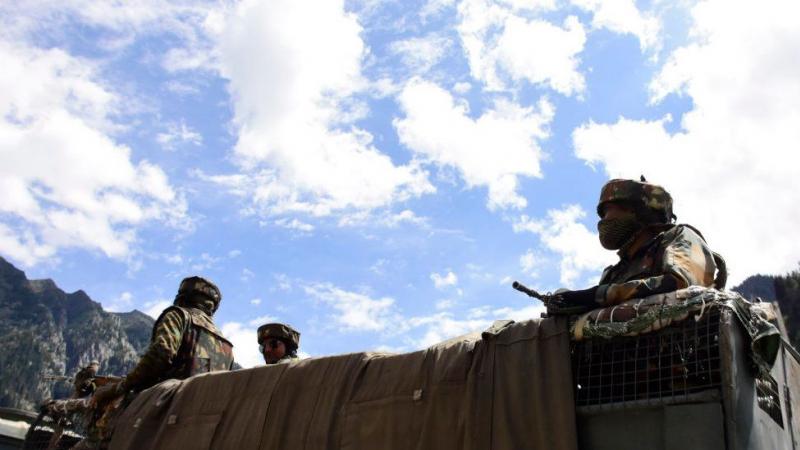 China has for the first time revealed that four of its soldiers died during a bloody Himalayan border clash with Indian troops in June last year.

The skirmish had taken place in the Galwan Valley in India's Ladakh region, and soldiers had reportedly fought with stones and nail-studded clubs.

It was the first deadly clash in the disputed border area in 45 years.

Previously India said that 20 of its soldiers were dead in last year's clash, while Beijing acknowledged casualties but did not disclose details.

On Friday, China's military news outlet PLA Daily named the "heroic" Chinese soldiers who gave their "youth, blood and even life" to the region - Chen Hongjun, Chen Xiangrong, Xiao Siyuan, and Wang Zhuoran. They were all given posthumous awards.

Wang had died after drowning in icy waters while crossing a river to reach his army mates, said the report.

India and China have been locked in a border dispute for decades. The root cause of the tension is an ill-defined, 3,440km (2,100-mile)-long disputed border called the Line of Actual Control.

Rivers, lakes, and snowcaps along the frontier mean the line can shift, bringing soldiers face to face at many points, sparking a confrontation. The two countries however have a long-standing agreement to not use guns or explosives along the border.

In January this year, the two armies also clashed along the border in the north-east in India's Sikkim state, leaving troops on both sides injured.

But India and China have since agreed to "disengage" from the border are now in the midst of pulling back troops from part of the border. 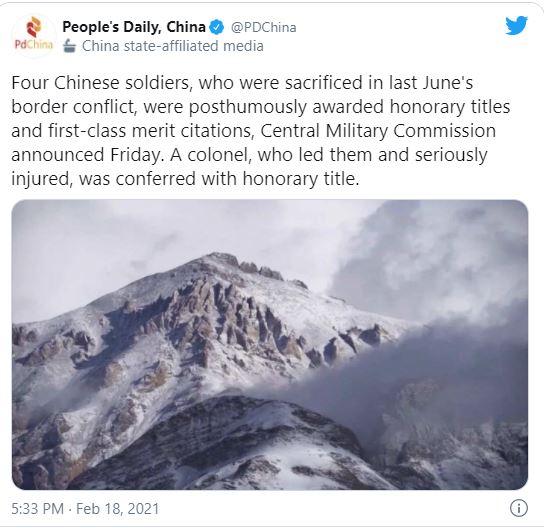