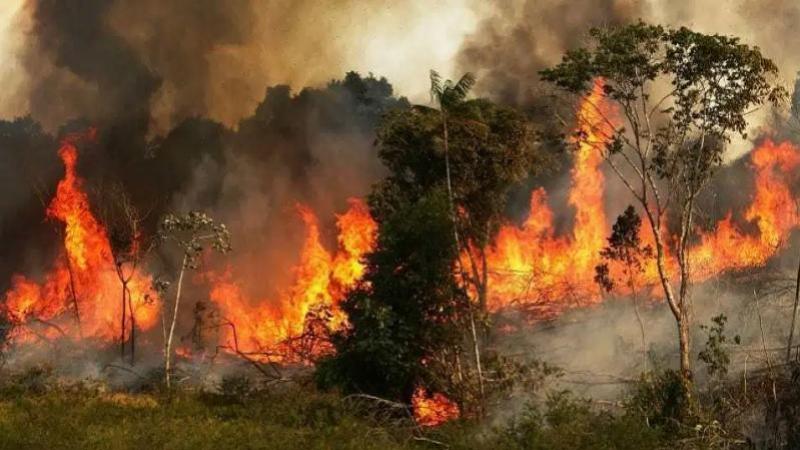 Thum Kumari Thapa, the chairperson of the Thulachaur Women's Community Forest Users Committee, said that community forest users have been deployed to control the fire overnight as forest production and settlements were at risk.

The fire was brought under control in the morning by constructing a fire line at night, said Subedar Tika Bahadur Thapa, Ward Chairman of Galkot Municipality-7. The locals had constructed a fire line by clearing the dirt road connecting Mandaradansingh across the Malma River in Thulachaur Community Forest. Sunita Sahani Thapa, secretary of the Thulachaur Community Forest Users' Committee, said that about 200 people lined up and carried water in buckets. Social worker Baburam Thapa said that they managed to extinguish the fire with the help of a mobile and torchlight.

The fire has damaged tens of millions of rupees in three community forests. Locals of Area Police Office, Galkot, Galkot Municipality-5, Harichaur, Teuwa, Dansingdanda, Mandara, and Sardakhet were deployed to put out the fire.