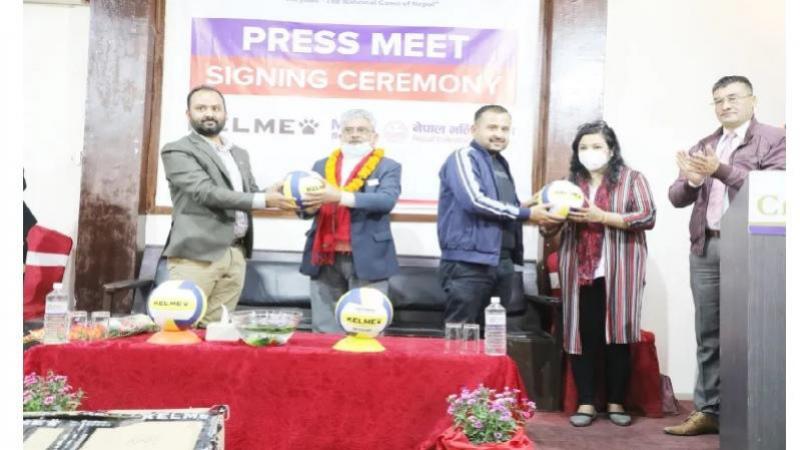 As per the agreement reached for the first time for two years, Kelme won the first year for the women's and men's Nepali volleyball teams. Provides 20 sets of tracksuits, knee pads, official jerseys, socks, shoes, 250 sets of volleyball, net, and training jerseys. Now, the Nepali volleyball team will make the official content of the Spanish sports equipment manufacturer Kelme its brand. Speaking after the agreement, Director Neupane said that the agreement was signed for the first time in two years. He said that the support that started from football in Nepal has reached volleyball through the APF club.

He said that with the help of Kelme in football, other companies have also started competing and he wished that this situation would be implemented in volleyball. Neupane said that it was the responsibility of the association to ensure the future of the players and added that the results would be achieved only if the team training was continued. He said that the price could not be revealed right now as it took time for the Nepali team's own logo and identity jersey to arrive. General Secretary Jitendra Bahadur Chand said that Kelmi, which is becoming a brand for Nepali volleyball, will be promoted and marketed from village to village through volleyball.