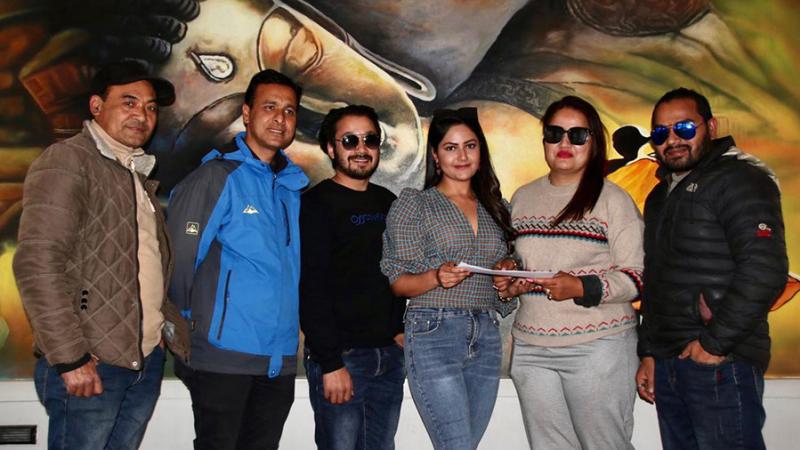 February 23,Kathmandu - Actress Barsha Siwakoti has signed a new film. Barsha has signed the movie 'Kalipurusa' today. This is the working title of the movie. The name  of movie will be changed later, as said Barsha

Barsha, who left the movie 'Sudura' only a few weeks ago, has signed  new movie of Bindur Karki. The film, will be  directed by Raghav Acharya, will star Manakrishna Maharjan. Newcomer Ramesh Baniya will also play the lead role in the film. The production team has said that  detail of the other team of the film will be finalizing soon. Director Acharya had worked in some wave series in India and was also busy in film making.

The movie is about to be made into a suspense thriller story.  Barsha said  that,  "I look at my role, storyline and team in the film," If, the story of this movie is good as well as team as only I will sign movie  and reason behind  sign this  movie is  same.

The film is being produced under the banner of Lvana Entertainment. The shooting of the film will start from the MID  week of January. Actress Siwakoti had finished shooting for the movie 'Paradeshi 2' soon after the lockdown. The movie 'Lakka Jawan, Mana SangA Mann' is in the process of release. According to source,  Barsha is planning to sign another film in a few days.

With the opening of Lockdown, the production of Nepali films has increased. At the same time, the artist's have  busyness has also started increasing. Actress Siwakoti has also been seen busy in one film after another.