PM Oli Celebrates His Birthday Receiving Blessing From His Father 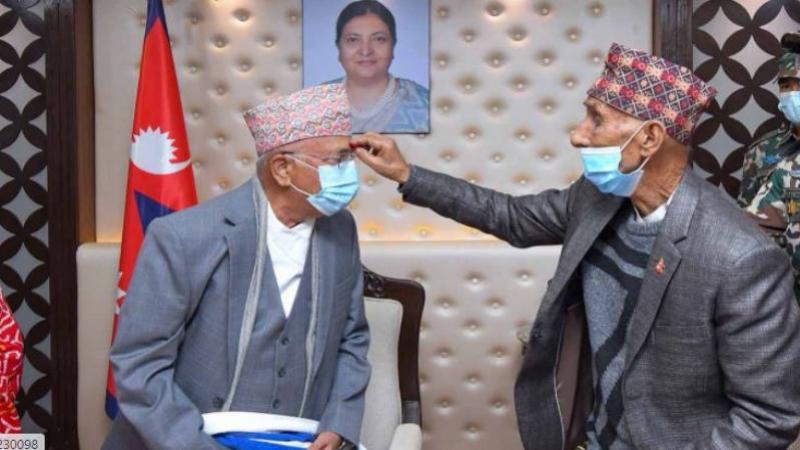 He has completed 70 years today in his life. The Prime Minister's official residence was filled with guests on his birthday. Prime Minister Oli was blessed by his father Mohan Prasad Oli.

Family members and CPN-Oli group leader Subash Chandra Nemwang reached Baluwatar to give him birthday wishes. He has received plenty of wishes on his social media.

Similarly, he celebrated some rituals of his birthday according to Newari culture. Prime Minister Oli was born in Ewa village of Tehrathum district on 11th of Falgun of the year 2008. His father Babu Mohan Prasad Oli  is 91 years old and walking straight in good health while his Mother Madhu has passed away. PM Kp Sharma Oli is the first child of  Mohan Prasad and Madhuka Oli. Prime Minister Oli's mother died when he was young.