Shooting Of The Film "Maan Sanga Maan" Has Been Completed 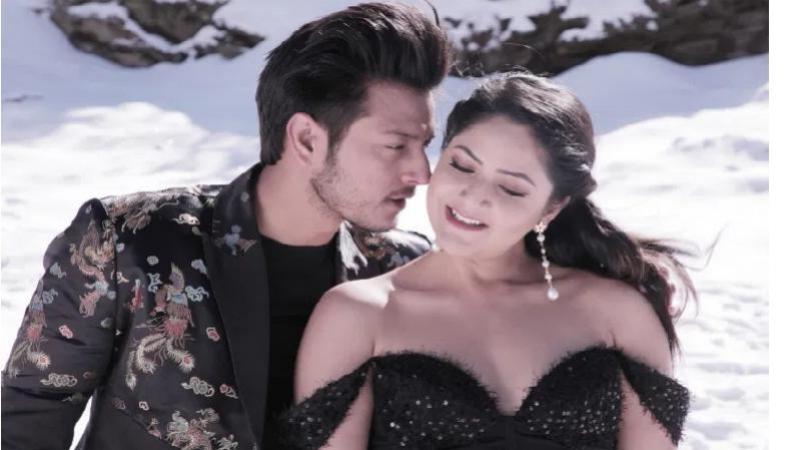 The song 'Sahi Dewla Timro Lagi' was filmed in Kalinchok and the entire filming work has been completed. The filmed song has lyrics by Mukesh Udas, voice by Rohan Hingmang and Asmita Adhikari, music by Arjun Pokhrel, choreography by Ramji Lamichhane, action by Santosh Khawas, cinematography by Saurabh Lama, and editing by Arjun GC.

In the song filmed in Kalinchok, Actor Puspa and Barsha have given some romantic scenes. The film is directed by Kailash Rai and produced by Arun Tamang. The film stars Pushpa Khadka and Varsha Sivakoti in the lead roles.