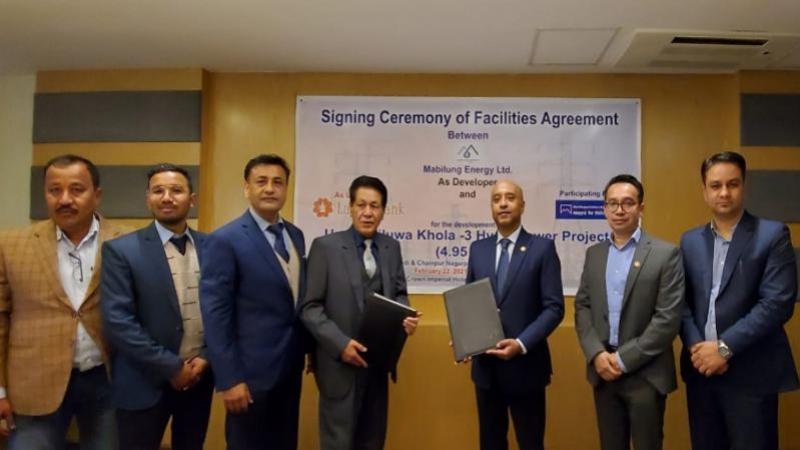 Machhapuchhre and Laxmi Bank have agreed to invest in the Upper Piluwa Khola-3 Hydropower Project. The two commercial banks have signed an agreement to invest in loans under co-financing.

The construction cost of the project is Rs. 937 million. The hydropower project is being constructed in Piluwa and Sikhuwa rivers in Siddhakali and Mawadin VDCs of Sankhuwasabha district. The project company is Mabilung Energy Ltd. And Nepal Electricity Authority (NEA) had signed an agreement on power purchase on March 29, 2010.

Power generation permission has been obtained from the Ministry of Energy for the construction of the project. Mabilung Energy has been acquired by Asian Life Insurance Company, Guheshwari Merchant Banking and Finance Ltd. Including have promoted. The chairman of Mabilung is Rajesh Lal Shrestha. About 70 percent of the total cost of the project will be borne by the banks (655.9 million) and the remaining 30 percent will be borne by the company. The investment will remain the same. Laxmi Bank has invested Rs. 399.9 million and Machhapuchhre Bank Ltd. has invested Rs. 256 million for the project.

Mabilung Energy, which has a generating capacity of 4.95 MW, aims to generate about 28.417 gigawatt-hours of electricity annually and connect it to the national transmission line. The project is expected to be operational in February 2022.