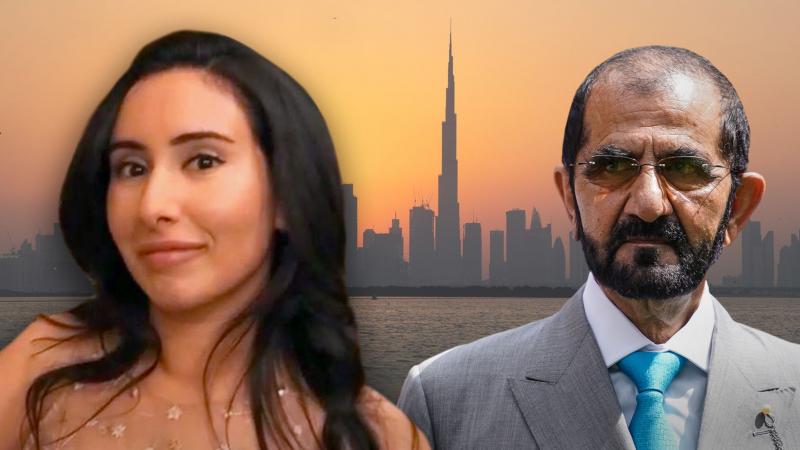 Latifa, the daughter of UAE ruler Sheikh Mohammed bin Rashid Al Maktoum, is currently detained in Dubai after she tried to flee the city in 2018. In a letter shared, she said Cambridgeshire Police could help free her sister Princess Shamsa, 39, who has not been seen in public since her kidnap.

Shamsa escaped in 2000 she was forcibly taken back to Dubai weeks later.

Latifa met Shamsa again in 2019 after she became imprisoned herself. She had tried to escape Dubai in February 2018 but was intercepted and returned to the city. She had not been seen for three years until a phone was smuggled to her in captivity.

In 2019, a High court ruled that Sheikh had abducted his daughters and held them against their will.

In the letter, Latifa told police her sister had been kept ‘incommunicado with no release date, trial, or charge’ and had been caned on her feet as a form of torture.

She further continued: ‘All I ask of you is to give attention to her case because it could get her freedom, your help and attention on her case could free her.’
She added: ‘She has strong links to England… she really loves England, all of her fondest memories are of her time there.’

The princess also claimed her sister had spent eight years in prison after her capture, where she had been given pills ‘to control her’. One person who saw Shamsa after her release described her as having no fight left, adding: ‘She was just a shell.’

Cambridge shire police first launched an investigation into Shamsa’s kidnap in 2001 after she managed to make contact via an immigration lawyer. The investigation was then shelved when officers were blocked from travelling to Dubai. It later emerged that aides acting for the sheikh had made representations to the Foreign Office during that time. In a statement, Cambridge shire Police said they had received Latifa’s letter, which will be looked at as part of an ongoing review of the investigation. A spokesperson said: ‘This is a very complex and serious matter and as such there are details of the case that it would be inappropriate to discuss publicly.’