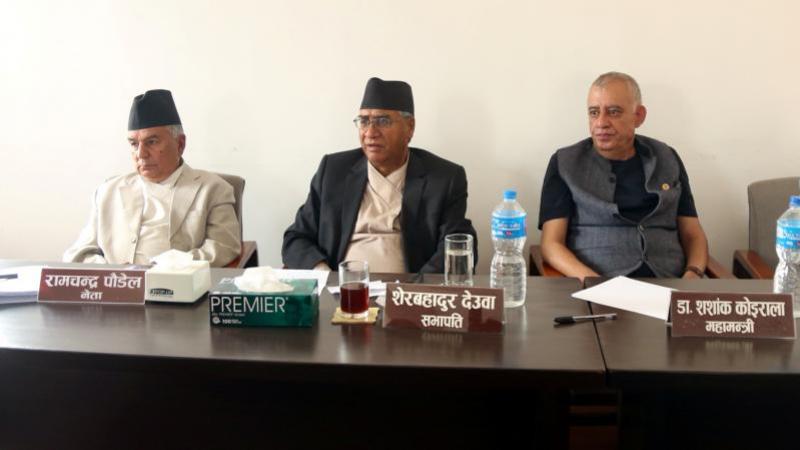 A meeting of office-bearers and former office-bearers held at the residence of party president Sher Bahadur Deuba on Thursday could not decide who to support immediately or what to do when a government is formed under their leadership. The CPN (Maoist) has two factions, Prime Minister KP Sharma Oli and Prachanda-Madhav Kumar Nepal.

The Nepali Congress is preparing to decide which of these two parties is authorized by the Election Commission or which of these factions forms a different party. Until the House of Representatives meeting on March 8, Congress has taken a strategy to look at the activities of the two groups in depth.

After the Supreme Court annulled the dissolution of the House of Representatives on Tuesday, the Prachanda-Madhav Nepal faction had reached Budhanilkantha to meet Nepali Congress President Deuba. During the meeting, the faction proposed a coalition government following the resignation of Prime Minister KP Sharma Oli.