Why Are You Addicted To Smartphones? 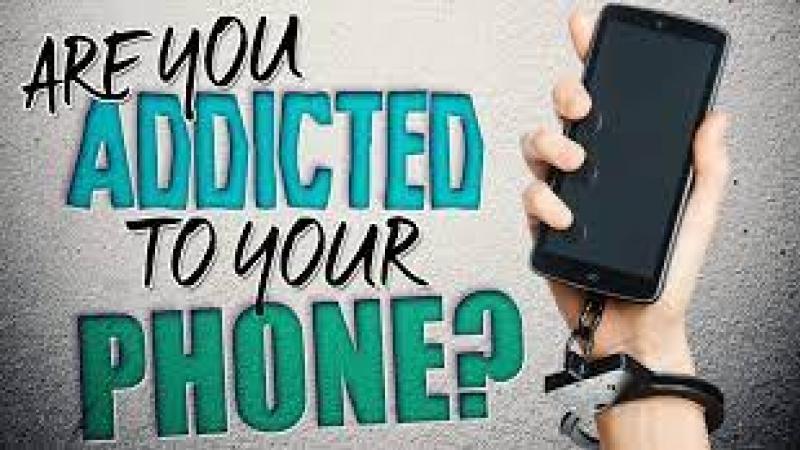 April 18, Kathmandau-You may have noticed while using a smartphone that your eyes do not want to move away from the screen of the smartphone. That is, many are addicted to looking at the screen of a smartphone, that is, using a mobile phone.

This addiction to smartphones has been going on for nearly a decade and a half. With the introduction of the iPhone by Apple, there was a kind of smartphone revolution in the mobile phone market.

Since then, smartphones have become a means of connecting people, connecting with the world and helping to keep creativity alive.

Most people have a smartphone in their hand and pocket at all times. And, so they are also realizing that I am using more smartphones than I need.
Larry Rosen, a professor of psychology at California State University, gives an example.

He says, ‘One day an invited teacher came to my class and I sat among the students to listen to him teach. There was a student sitting next to me. He kept using his smartphone throughout the class. Sometimes he would reply to a text message, and sometimes he would use Facebook. '

How many times a day do you use a smartphone?

Larry Rosen is the author of The District Mind: Ancient Brains in a Hi-Tech World. Central to his research is the impact of technology on the human brain.
How many times a day does a person look at the screen of a smartphone? Rose responds by studying more than 200 of her students.

While using the phone 60 times a day, he was looking at the screen for 3 and a half hours. Some have even been found to unlock their phones up to 100 times a day.

According to experts, the addiction to hanging on the phone has begun to affect the relationship. Larry Rose says, ‘Studies have found that some husbands and wives complain that their partners pay more attention to smartphones than to themselves. It's very difficult for them to get their partner's attention. '

There are some people who use the phone even while driving while doing so is very risky. Some people keep their phones with them, even when they are asleep, and they use them constantly in bed. Thus, the habit of using the phone affects sleep.

After all, why does the anxiety that hangs on the phone arise in people?

According to Rojan, people want to connect with all means of communication. Such media also includes text messages and emails. But social media is the most popular. People don't want to be lonely and bored.

According to researcher Rojan, people who are constantly hanging on the phone when their phone is snatched away and put to another job, then the sound of every message on the phone increases their restlessness and heart rate. There are a lot of people who are addicted to smartphones. When they are disconnected from the phone, their anxiety increases.

Natasha Schul, a professor at New York University, admits that she uses more phones than she needs. "During an important board meeting or a meeting of my department, I feel that my colleagues are paying attention to me, but I can't stop myself from pointing fingers at my smartphone screen and looking at emails," she said.

After all, is there a quality in something that people are addicted to? Natasha is also an expert on the subject. According to him, computer technology has also been added to the things that attract any person, such as sex, favorite people and sweet food. It also attracts us and makes us addicted.

Why is it addictive? Much is known about this from the experiment of BF Skinner, an American psychologist known as the Father of Behaviorism. He also experimented with how rewards and punishments affect a person's behavior. In one experiment, he locked the pigeon in a box in which food came out as a reward when a switch was pressed. According to Natasha, there was nothing intriguing about the experiment. Only when the pigeon is hungry does he press the switch to get food.

According to a study by Skinner in the 1950s and 1960s, the habit of receiving rewards is based on a preconceived notion of when and how much to receive.

Natasha Schul has also written a book called Addiction by design. According to him, what is the reward if it is human or animal? He doesn't know that then he is more attracted. According to him, the way people give rewards can affect their behavior.
The same principle applies to those who make slot machines in casinos and casinos. Most of the profits in casinos come from slot machines. Compared to other gambling games, its addiction is three to four times faster.

According to Natasha, slot machines are designed to make a profit. But do pigeons and slot machine smartphones have anything in common?

Natasha says, ‘Whether it's a pigeon hopping in the hope of food coming out or a gambler repeatedly pressing the button of a slot machine in a casino. And why not be the person who looks at the smartphone time and time again while checking the Facebook timeline or text message while traveling by train. All of these have one thing in common. They want to know what's next. '

Renowned author and entrepreneur Neer Ayal also has experience running a technology startup company. His company was a gaming and advertising company. He started the company in 2007.

According to him, both the companies are dependent on the changing habits of the users. According to Ayal, there was a lot of use of technology, but none of it had anything to do with psychological theory.

He applied humanistic theories like Skinner to the world of technology and based on his findings wrote the book Hooked: How to Build Habit Farming Products.

According to him, email can be considered as the father of addiction technology. Email sometimes brings good news and sometimes bad news. This is a kind of reward and people are always curious to know what kind of news comes in the email.

He says, ‘Notifications on the phone provoke us in the same way. We eagerly open apps like Facebook, Twitter and Snapchat. We don't know what reward we are going to get. '

He says, ‘We don’t look at the phone with any hesitation. We are doing this on purpose and the technology we are carrying around is a great tool to reward us. '

Companies use different rewards and features. The phone provides various facts about using the app continuously. It makes people addicted to running those apps. Ayal says, ‘I started using technology like email to get rid of frustration. We check Facebook when we feel lonely. When we are not sure about any information, we look at Google. When we are bored, we watch YouTube for fun. We use the products we need. '

According to him, companies use psychological principles and technology to keep us hooked. And, that's why we can't stay away from the phone.