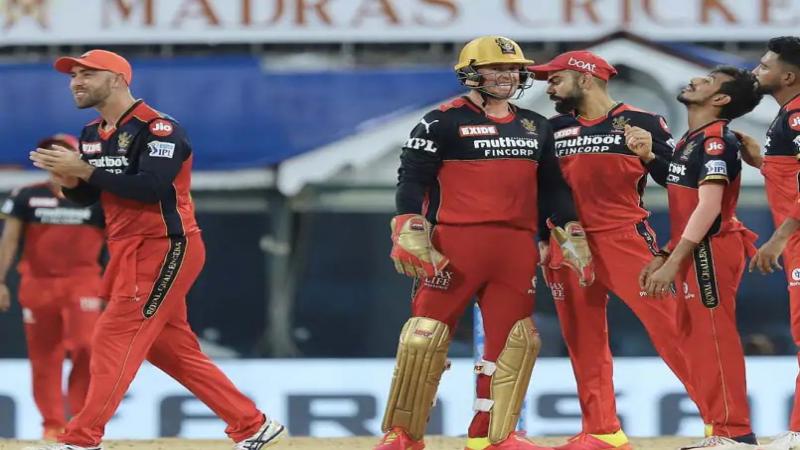 Andre Russell tried to keep Kolkata alive with 31 from 20 balls, but they fell well short on 166-8.

Bangalore are the only team to remain unbeaten so far this season.

For Virat Kohli's Bangalore, there is optimism they can finally win the title for the first time, having only reached the play-offs on three occasions and never appeared in the final.

One reason for the growing expectation is the form of Australian Maxwell, who has been rejuvenated by his move from Punjab Kings and is currently the tournament's leading run-scorer.

He arrived at 9-2 in the second over after leg-spinner Varun Chakravarthy had Kohli brilliantly caught by Rahul Tripathi for five then bowled Rajat Patidar for one.

What followed was an awesome display of power and invention, including one outrageous reverse-hit for one of three sixes.

De Villiers was even more destructive, going through his full repertoire to take 56 runs off the final three overs.

The batting was backed up by a complete bowling performance, particularly from seamer Harshal Patel, the tournament's leading wicket-taker.

He returned 2-17 from his four overs, a yorker to bowl Russell sealing the win at the beginning of the final over.