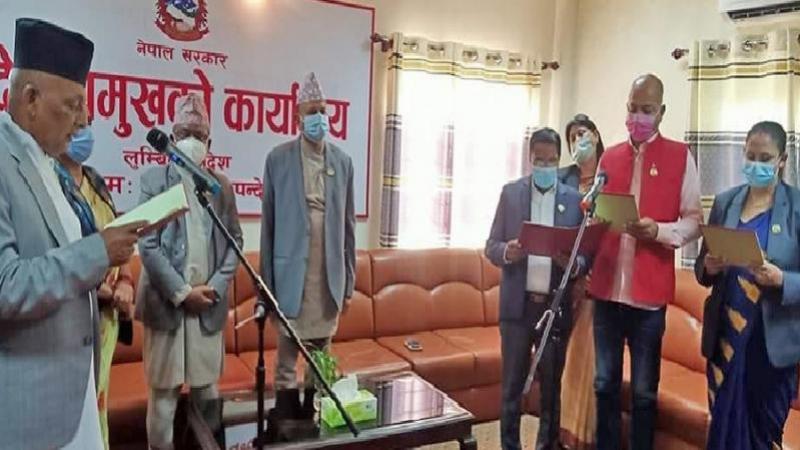 April 19, Kathmandu- Lumbini Chief Minister Shankar Pokharel has appointed the person who signed the no-confidence motion as the minister.

Santosh Pandey, Bijay Bahadur Yadav, and Kalpana Pandey Lamsal have been made ministers and Suman Rayamajhi has been made Minister of State. They have taken oath on Monday.