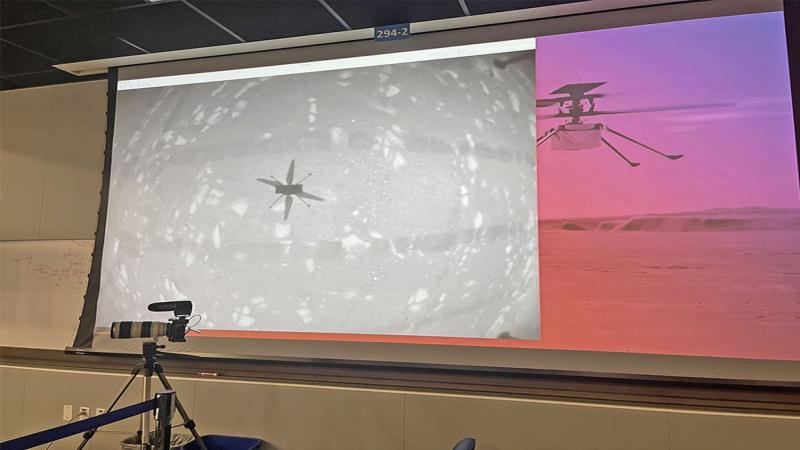 April 19,  Kathmandu- The US space agency NASA has succeeded in flying a small aircraft to Mars.

The Ingenuity drone has been in the air for less than a minute, but NASA considers it a great achievement. At the same time, NASA has stated that it has become the first spacecraft to fly to a planet other than Earth.

According to NASA, this is the first flight operated and controlled by any other aircraft in the world. This was confirmed by a satellite of Mars that sent data from a helicopter to Earth.

NASA hopes to have a more powerful and adventurous flight in the coming days.

According to NASA, engineers investigating the limitations of the technology will now instruct the Ingenuity to fly higher. "Now we can say that humans have flown a rotorcraft on another planet," said Mimi Ang, project manager at NASA's Jet Propulsion Laboratory. ‘

It happened. Today our #MarsHelicopter proved that powered, controlled flight from the surface of another planet is possible. It takes a little ingenuity, perseverance, and spirit to make that opportunity a reality: https://t.co/oT3rrBm6wj pic.twitter.com/u63GKshp0G
Hence, it is very difficult to fly in the air on Mars. Because the atmosphere there is very thin, which is only one percent of the Earth's atmosphere.

To get the lift, the blade of the rotorcraft has to be pushed hard. NASA says the blade had to be rotated at more than 2,500 revolutions per minute, making the engine much lighter.

But now with the initial success, NASA hopes to change the way we explore the other world. In the near future, drones could be used for robots. Until then, astronauts will be able to use it after reaching Mars.

NASA has already approved a helicopter mission to Saturn's largest satellite, Titan. NASA has named the mission Dragonfly. NASA aims to reach Titan in the mid-2030s.