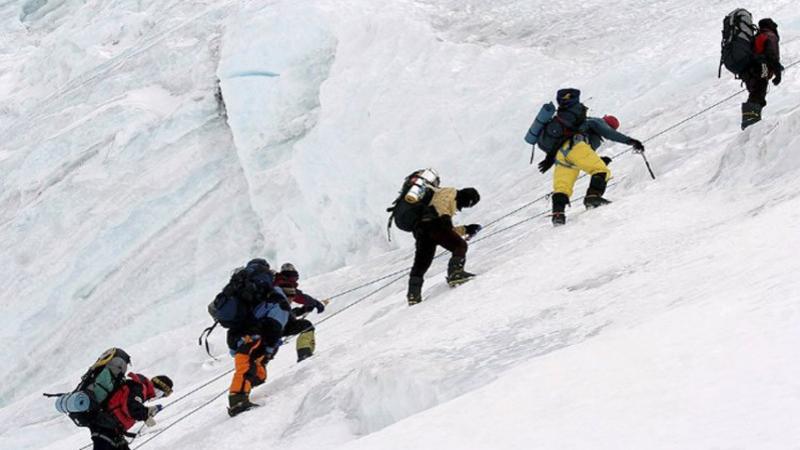 April 20, Kathmandu-The road built for climbing Everest has reached the fourth camp of 7,800 meters. Construction of the road started 15 days ago under the leadership of world-renowned climber Kamirita Sherpa.
According to Tasilakpa Sherpa, director of Seven Summit Treks, who took charge of the construction of the road, he reached the fourth camp on Monday.

According to Sherpa, 13 Sherpa guides have returned to the base camp to bring additional materials by constructing a road up to 700 meters. He also informed that he is preparing to ascend by the 25th of Baisakh due to the weather.
As the climbers were preparing for the ascent, they were always trying to complete the road construction as soon as possible, but due to snowfall, there was a problem for a few days. The company has stated that it has given priority to road construction without reducing other management including ropes.

On Friday, 68 climbers had climbed Annapurna Himal at the same time. If there is no bad weather, the ascent will be 15 days earlier this year than other years. Others have the same number of climbers this year as in 2019.

According to the Department of Tourism, 366 climbers from 38 climbing teams have taken permission to climb. According to the agencies, each climber has completed the height adaptation (hype) preparation till the second camp. More than 700 people, including members of the expedition (climbers and climbing guides, altitude workers, sherpas, kitchen workers), will be climbing Mt. Everest this year. On the other hand, there are 104 climbers for Lhotse and 23 for Nupse. More than a thousand climbers and workers will reach the second camp to climb these three mountains.